Dominique has a broad personal injury practice and appears regularly in trials and interim hearings. Dominique has acted in many employers’ and occupiers’ liability claims, as well as claims against local authorities. During her pupillage, Dominique assisted Lord Faulks QC and Andrew Spencer in Spearman v Royal United Bath NHS Foundation Trust [2017].

Dominique acts for both Claimants and Defendants. She has secured settlements in personal injury cases of over £100,000. She is currently instructed in a multi-million pound noise induced hearing loss claim.

Dominique has great experience of fraudulent claims. Dominique has successfully secured a number of fundamental dishonesty findings against claimants at trial and on appeal. She has also been successful in applications concerning Section 57 of the Criminal Justice and Courts Act 2015.

Dominique also acts in clinical negligence claims. Dominique recently drafted a counter-schedule in a brain injury case, in which the Claimant sought damages of £17.5 million. She is regularly instructed to settle pleadings in cases for both Claimants and Defendants, specifically dealing with issues such as a failure to obtain informed consent and a failure to diagnose.

Prior to pupillage, Dominique studied at Leicester Medical School for two years before leaving to embark upon a career in the law. Her medical knowledge has assisted her in her understanding of clinical negligence claims. Dominique later volunteered at AvMA (Action against Medical Accidents), where she assisted members of the public who had suffered healthcare related injuries.

Dominique has experience of advising in professional negligence claims.

In her previous role at the General Council of the Bar of England and Wales, Dominique previously advised barristers about their ethical obligations on the Ethical Enquiries Line. Dominique has since provided advice in professional negligence claims concerning allegations of negligence against barristers and solicitors.

Dominique regularly appears in the Coroner’s Court in inquests, where she acts for families, public authorities and NHS Trusts. Dominique secured a neglect rider in the Inquest touching the death of Nigel Handscomb when acting for the family. Further, Dominique appears in inquests which raise Article 2 issues, as well as those that involve a jury. Dominique has acted in a number of inquests concerning deaths in custody.

Prior to joining Chambers, Dominique worked for two years as an usher to the Coroners at HM Coroner’s Court Surrey.

Dominique has a broad travel practice, regularly appearing in trials, CMCs, CCMCs, appeals, and interim hearings. Dominique acts for both Claimants and Defendants, including in matters where fraud is alleged. Dominique has experience of dealing with gastric illness cases, accidents abroad (including road traffic accidents) and jurisdictional issues. She has also successfully acted for airlines who have sought their costs for removing unruly passengers, and is able to assist in contractual disputes.

Dominique was recently successful on appeal in a gastric illness case (Turpin v TUI (2020)), where judgment was entered for the appellants.

Dominique is keen to expand her police law practice. Dominique has acted in interim hearings for the police, concerning claims following inquests.

With a busy court practice, Dominique is familiar with the costs rules and in particular the application of fixed costs and QOCS. Dominique’s recent successes include having QOCS disapplied in a case where the Claimant failed to pay the trial fee, as well as successfully arguing that a mistaken Part 36 offer was capable of acceptance. 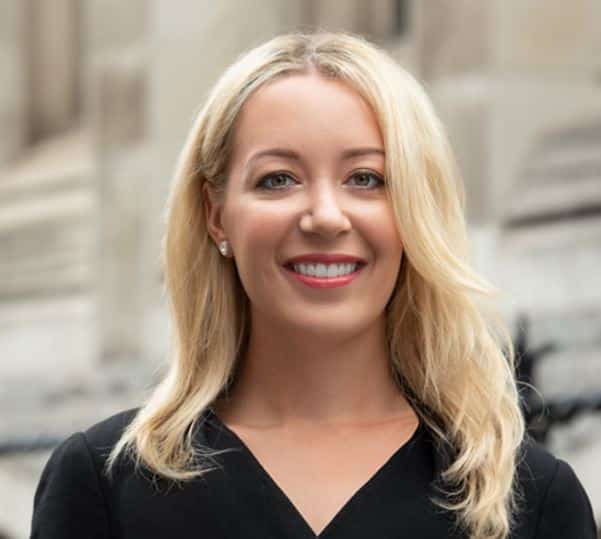