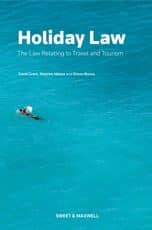 A magazine insert for RSD Travel, a travel provider, seen in Boundless Magazine in February 2019 included the text “Especially for you as a reader of BOUNDLESS MAGAZINE!…Dear Reader, For you as a reader of BOUNDLESS MAGAZINE, the we have something very special, Thanks to our excellent contacts in Cyprus, we invite you to join us on one of the UK’s most popular cultural tours: 8-day 5-star cultural tour of Cyprus…Flights and transfers, Accommodation in selected 4- and 5-star hotels, a spectacular range of excursions, many other services at a special rate from only £129* instead of £1129 per person”. A highlighted box included the text “Regular price £1,129…Your saving -£1,000”. Additional pages set out a breakdown of what was included in the tour and the individual savings made on the price of elements such as flights, accommodation and the tour. Attached was a voucher for the tour for a saving of £1,000 per person with the text “Personal voucher for: You, as a reader of BOUNDLESS MAGAZINE”.

The complainant challenged whether the claim “Your saving £1,000” was misleading and could be substantiated.

RSD Travel Ltd said that the pricing and basis of the price comparison were clearly stated in the ad which also referred to how the “from” price was calculated. The footnotes at the bottom of the ad stated that the price example was calculated on 30 November 2018 for travel dates between 15 and 22 January 2020. They explained that the “from” price in the ad was not based on the price of tours previously sold by RSD but on the prices that would be charged if the components of the tour (such as flights, accommodation, transfers and tours) were booked separately by the consumer.

The price comparison was made on a like for like basis. The footnotes included details as to the identity of the comparators and said that the basis of the pricing was transparent to enable consumers to make an informed decision. They provided a comparison table of their discounted prices for each component of the tour against the prices offered by individual suppliers. They said that the cost of the return flight from Manchester to Ercan on Turkish Airlines was based on the cheapest cancellable available flight which included luggage. In relation to the price of transfers, the price was based on airport to hotel transfers booked via a third-party website and the price of the accommodation was also based on two hotels booked through a third-party
website. They said that the price of the coach tour was referred to in the footnote of the ad in relation to the excursions alongside the price of an optional extra dinner package.

The price comparison data was obtained and updated every three months and was clearly stated as the date of the comparison in relation to the Cyprus tour. They provided a table which set out the price comparison of their tour with the price of the individual components of the tour booked separately. The time frame from obtaining price comparisons to publication, was approximately 15 weeks. They acknowledged that individual prices could go up or down during the travel period stated in the ad. RSD offered to remove the words “especially for you” and to include the wording “these prices may go up as well as down” in the footnotes. They stated that they had not received any complaints relating to misleading pricing from the 5,155 customers who had participated in the tour during the 2018/19 season.

The savings claim was instead based on the prices of individual components of the tour when booked separately with other suppliers. The ASA acknowledged that the second page of the magazine insert included the text: “price when booking the following separately” and included crossed out prices for flights, accommodation, transfers and excursions. Small print in the footnotes of the insert stated the websites of the suppliers from which those prices were obtained. The small print also stated that prices were checked on 30 November 2018 for travel dates from 15 to 22 January 2020. However, the ASA considered that the higher price shown on the first page of the ad should not have been described as a “regular price”, as this implied that it was RSD’s own price, which was not the case. Additionally, the ASA considered that the basis of the price comparison should have been more prominently presented in the ad and closer to the actual savings claim. Furthermore, RSD had not provided any evidence to demonstrate that the savings claim was achievable at the time the ad appeared. In the absence of information about the basis of the higher price upfront, consumers would not have an informed understanding of how the discounted price constituted a genuine saving. The ASA further considered that due to the long periods between the printing cycles of the magazine and the dynamic nature of pricing in the travel sector online, the savings claim was likely to be out of date by the time the ad was seen by consumers. In light of those factors, the ASA concluded that the savings claim was misleading.