Even though the travel industry has been decimated by Covid there are some brave entrepreneurs out there looking to the future of tourism. In the press this week there were reports that the Gateway Foundation is considering building a space hotel, called the Voyager Station, large enough to accommodate 400 guests and benefiting from artificial gravity, to say nothing of the cinema, the spa, the gym and the bars. The intention is to have it up and running by 2027. 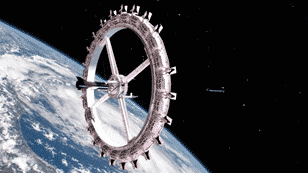 The extent to anyone would want to put their faith in a company which originally wanted to raise capital by launching a lottery and initially called the hotel after the Nazi space engineer Werner von Braun is a matter for them. More alarming for the future of space tourism is that this week Elon Musk’s SpaceX blew up again just after landing. As for me I don’t have to worry about that because I’m sure that I could never raise the price of a flight.

What is of more interest to me as a travel lawyer is what legal protection would be available to those tourists who did venture into space? Would the Package Travel Regulations apply and how relevant would they be? Undoubtedly a trip to the space hotel would constitute a ‘package’, consisting as it does of both carriage and accommodation, so it would appear at first blush that the Regulations would apply. There seems to be nothing in the Regulations to suggest otherwise.

Fulfilling the informational requirements would be relatively easy but how the Regulations would be applied in space if things start to go wrong would be interesting. There is a duty on the organiser to rectify any ‘lack of conformity’ with the contract within a reasonable period and if the lack of conformity is significant the traveller has the right not only to compensation but also to be repatriated!

One can also envisage the courts having difficulty grappling with the issue of what is meant by ‘local standards’ and how to ascertain what they are? This is an issue which has bedevilled the courts ever since it was first mooted in Wilson v Best Travel [1993] 1 All ER 353. Help may be at hand however in the form of the Space Industry Act 2018 which provides that regulations can be made for the purpose of ‘securing that spaceflight activities are carried out safely’. No such regulations seem to have been passed yet but when they are they will surely provide a yardstick against which local standards can be measured. 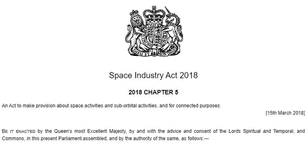 But should the hotel be built to standards which would withstand the disaster which occurred to Sandra Bullock and George Clooney in the film Gravity? Their craft was hit by space debris and they were left floating in space desperately trying to return to earth. Would this amount to ‘unavoidable and extraordinary circumstances’ beyond the control of the organiser the consequences of which could not have been avoided even if all reasonable measures had been taken?

And would Sandra Bullock be able to claim for the distress and disappointment she suffered as a consequence of her unhappy experience? An experience even more harrowing than the poor claimant in Harvey v Tracks Travel.