Home Resources Bulletins My hotel has burnt down. What are my rights?

My hotel has burnt down. What are my rights?

It was reported recently that the luxury Andaman Hotel in Langkawi, Malaysia, burnt down. Fortunately, according to the reports no one was injured. 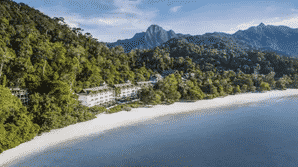 Unfortunately, it is not an uncommon event for hotels to catch fire. Even a cursory Google search throws up a multitude of articles on hotel fires including some with multiple deaths. The Royal Clarence Hotel in Exeter, described as the first hotel in England, was destroyed by fire in 2016, but happily, as with the Andaman, no casualties were recorded.

With Covid upon us no one is staying at the hotel, but what if you had booked to go there later in the year when Covid abates and travel restrictions are lifted, what is your legal position – assuming the hotel would still be uninhabitable?

This will depend upon whether you were going there as part of a package holiday or had booked independently, either directly with the hotel or via an online travel agency (OTA). Also of relevance would be whether payment was to be by credit card and whether you had paid in advance or only expected to pay on arrival.

Your greatest protection would come if the hotel was part of a package holiday. In those circumstances the Package Travel Regulations 2018 give you the right to a full refund within 14 days unless the tour operator is able to offer you a suitable substitute which you would be happy to accept. If it turns out that the fire was the fault of the hotel you may be eligible for compensation if you can prove any loss.

If you had booked directly with the hotel but had not paid yet then you would probably be OK. Malaysian law is based upon English common law and you could probably argue that the contract was frustrated in which case you would be excused from making a payment.

However if you had booked the hotel directly and had already paid then you may have problems recovering your money if the hotel proved difficult, although as the Andaman is a Marriott hotel there is nothing to suggest that they wouldn’t refund you.

If however the hotel was a small, independent, hotel and you had paid in advance and they were not responding to requests to refund you then you might be faced with either giving up or trying to sue the hotel in a Malaysian court with all the hassle and expense that would involve. In which case, unless large sums of money were involved, it might be best to simply write the money off and put the sad affair down to experience.

If you had already paid in advance via an OTA the position would be different. OTA’s regard themselves as only agents rather than principals and therefore are not liable for any breach of contract by the hotel. Likewise, it is generally, although not universally, believed that they are not liable under s.75 of the CCA. If you want your money back via the OTA you would be reliant upon finding a clause in their Terms and Conditions to that effect, although that is unlikely. Alternatively they might have a process for recovering the money from the hotel on your behalf.

Whatever the strict legal position it would be wise to have travel insurance in place as a last resort.