Home Resources Bulletins You lose and then you lose again

You lose and then you lose again

British Airways was in the news twice recently – both times for being on the wrong end of some interesting court decisions. The first case involved the Montreal Convention. The claimant, Mr Andreas Wuchner, was flying from London Heathrow to Zurich with British Airways. While near the check-in desk, he slipped in a puddle of Baileys, and hit his head on the floor. It’s claimed that he suffered a traumatic brain injury as a result of the incident and later he had to close down his office supplies company. 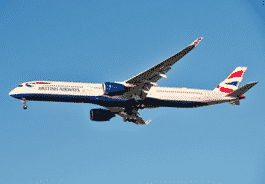 He sued British Airways both for his injuries and for his loss of earnings. It was reported that he was awarded £130,000 in damages. Obviously the case is very newsworthy but a source close to the case described the news articles as “wholly inaccurate and in some respects actually made up entirely.” Fake news in other words. Perhaps the reporters had had too much Baileys!

The other case involved Consumers’ Association member Robert Glenn who booked business class flights from London to Hawaii to celebrate his wife’s 65th birthday the following November. However, not long after booking, family reasons meant that he needed to change his flight. Six months before the trip he asked British Airways if it could move it from November to September, but it refused. All he was entitled to, it said, was around £450 for the return of the tax. He’d need to buy an entirely new ticket if he wanted to change the dates. He lost more than £6,000.

Mr Glen employed the services of Which? Legal to take his case to court where he was awarded £5,000 in damages on the basis that BA had not explained to him properly that the fare was non-refundable and therefore the term to that effect was unfair and unenforceable. I must admit to being a little puzzled about why Mr Glenn thought that that he could get his money back on a non-refundable ticket and why the judge agreed with him.