Home Resources Horrible Holidays Cold! If the thermometer had been an inch longer we’d have frozen to death

Cold! If the thermometer had been an inch longer we’d have frozen to death

The Adcocks and the Barbours booked a seven-night, half-board, skiing holiday at the Hotel Villa Daniela in Sauze D’Oulx, Italy, from Sunday to Sunday.

The brochure described the hotel as having a warm and friendly atmosphere with twin-bedded centrally heated rooms and hot and cold running water. Breakfast would be served at the hotel and main meals would be taken at the Hotel Palace across the square. 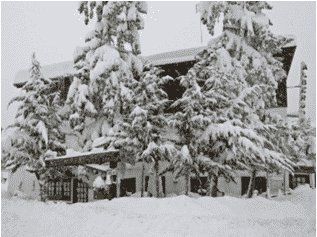 The reality turned out to be somewhat different. The judge in the Court of Appeal summed it up this way:

“ … hotel was said to be dirty; that the hot water supply was inadequate (to say the least), at times non-existent; that the cold water supply was not always available; that the central heating did not work properly and was only available for part of the holiday; that the rooms were in consequence cold; that blankets on the bedding were inadequate; that the beds themselves were uncomfortable; and that there was no warm and friendly atmosphere in the place; indeed, there were no public rooms in which such an atmosphere could develop.”

For this ordeal the Court of Appeal awarded £500 in damages – slightly more than the cost of the holiday.

[This is the case of Adcock v Blue Sky Holidays Ltd heard in the Court of Appeal on 13 May 1980. The quotation at the beginning is courtesy of Mark Twain.]