Mr. and Mrs. Newell were an elderly Canadian couple in poor health. Mrs. Newell was in a wheelchair and Mr. Newell was recovering from a heart attack. In February 1974 they decided to travel on a Canadian Pacific flight from Toronto to Mexico City to recuperate.

They wished to take their two pet dogs with them: Bon Bon and Patachou, both of the Bichon Frise breed. At the airport, they asked for the dogs to be carried in the passenger section with them but they were refused – even after they offered to pay for the whole of the first-class section of the aircraft! 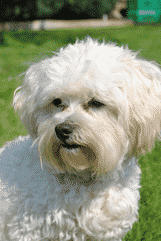 Instead, the dogs were placed in the cargo hold and the Newells were told that they would arrive ‘in first-class condition’ at Mexico City. 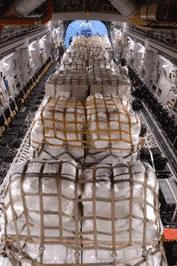 However, on arrival Bon Bon had died and Patachou was comatose but survived after being given oxygen for 48 hours.

Both Mr. and Mrs. Newell were extremely distressed as a result of the death of Bon Bon and the serious illness of Patachou. They had purchased the dogs as pets and did not use them in any other way. They cared for the dogs greatly and, as Mrs. Newell testified, regarded them as ‘part of our family’. In addition, Mrs. Newell was most concerned with the effect of this incident upon the health of her husband because of his recent heart attack.

Mr. and Mrs. Newell sued Canadian Pacific for damages for the death of Bon Bon and for the distress caused to them by Bon Bon’s death and for the harm suffered by Patachou.

The court decided that putting the dogs into the hold with the dry ice amounted to reckless conduct and therefore Canadian Pacific could not limit the damages to the amount laid down in the Warsaw Convention; they had to pay the full amount of the Newells losses. As well as compensation for Bon Bon this included the purchase of four seats on the return flight to Toronto so that Patachou could be carried safely home.

In addition the Newells were entitled to damages for mental distress – which was out of line with other Warsaw and Montreal Convention cases but which was allowed in the later European Court of Justice case Walz v Clickair. The court based its decision on the cases of Jarvis v Swans Tours and Jackson v Horizon Holidays.