The ordeal that this holidaymaker was subjected to is about as extreme as it gets.

In 1981 Ms Harvey booked a place on a trans-Africa expedition tour organised by Tracks Travel at a cost of £870, plus a further £100 towards a food kitty. The trip was scheduled to take 14 weeks from London to Dar es Salaam, Tracks Travel also informing Ms Harvey that they could arrange a return flight from there for £210, or from Nairobi at a cost of about £180.

The expedition left London on April 19, 1981. Ten days later the truck in which they were travelling broke down in Tunis, and it took three weeks before it was able to continue. 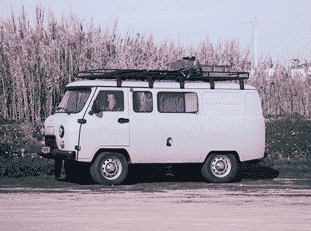 On arrival in Nigeria the expedition was unable to purchase food as Tracks had failed to warn the driver of extremely high food prices with the result that he was not provided with sufficient money to provide adequately for the tour. On July 8, 1981 the truck crashed in Zaire, and despite efforts by the tour leader to contact Tracks and request a back-up truck, nothing was done. Ms Harvey and her fellow travellers were left stranded in the bush for some 27 days, at the end of which they were running short of food and water, the kitty from which supplies were supposed to have been purchased had run out, and the tour leader was forced to borrow money from other group members in order to provide essentials.

By August 4, 1981 no news had been received from Tracks and the group decided to make its own way to Nairobi. Ms Harvey hitch hiked some 150 kilometres and on August 6, 1981 met a servant or agent of Tracks who had apparently been sent with a relief truck in order to recover the one which had broken down. Ms Harvey was told that there was no information as to what should happen to the passengers, that the broken down truck would be towed away, that it should be available in a further 12 days or so and that she could rejoin the truck later. 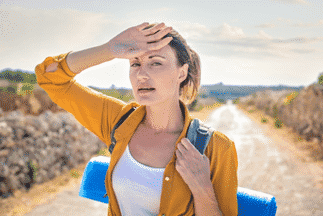 Ms Harvey booked a ticket to the nearest major town but was unable to return to England as the fare was some £550, which she could not afford. She therefore decided to fly, at a cost of about £70, to meet the truck and go with it to Nairobi where she could fly home. Ms Harvey waited until September 13, 1981 by which time the truck had still not arrived. Extremely distressed and frightened, she flew to Nairobi and found that tickets to England could not be obtained for under £489. Having obtained that sum from home, Ms Harvey returned to the UK on September 19, 1981 whereas she had intended to return at the end of July. Ms Harvey missed 8 weeks off work, losing £752 in wages. Tracks’s attitude throughout was totally unhelpful and unco-operative, and after arrival home they advised her to “chalk it up to experience”.

Ms Harvey sued Tracks and won £3,000 in damages. The judge would have awarded much more but for the fact that she had limited her claim to that amount to save on costs. [This is the case of Harvey v Tracks Travel [1984] CLY 1006]

For information on your package travel rights click here.