Suffer a change of hotel. Spend three years in court.

Mr Williams booked a holiday with Voyages Jules Verne to go to the Victoria Falls in Zimbabwe. The tour was due to begin on 26th December 1994 and to return to England on 4th January 1995. It involved flying into and out of Livingstone Airport in Zambia and then crossing the border into Zimbabwe, where the people on the tour were going to stay. It offered two alternative hotels: the Sprayview Hotel and the Victoria Falls Hotel. Mr Williams chose the Sprayview Hotel. 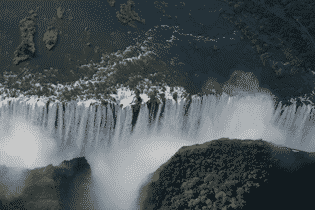 A few days before Mr Williams was due to fly out with his tour he received a letter from Jules Verne saying:

“We are writing to advise you that in order to avoid the early morning return transfer to Livingstone Airport on 4th January, and on the recommendation of previous passengers, we have been able to secure a small allocation of rooms at the Intercontinental Hotel in Livingstone located close to the Falls in Zambia for the night of 3rd January 1995. You are advised that we were unable to secure rooms for the entire group, so have made a priority for those passengers who have pre-booked the optional day tour of Livingstone.”

On the 3rd January we will transfer you to the Intercontinental Hotel shortly after lunch for an overnight stay. On the 4th January you will be transferred to the nearby airport for the return flight to London Heathrow Airport.”

We feel sure that this slight change to the arrangements will certainly enhance the itinerary and trust you will enjoy this unique opportunity of experiencing the Falls from the Zambia side.”

This caused Mr Williams considerable inconvenience and annoyance. The circumstances of the move were such that the effect of it was to cause the loss to Mr Williams not only of one half day of his holiday at Victoria Falls outright, but also of using the full day as he wished, without any significant, or any, benefit to him. He was put to inconvenience and trouble in consequence of the move, including that of additional packing and unpacking; of re-registration; and in being provided with only a continental breakfast on the morning of 4 January l995, whereas a full cooked breakfast would have been provided at the Sprayview Hotel. Further, the effect of the move was to render him captive to the expensive restaurant of the Intercontinental Hotel, causing the plaintiff to incur additional cost in respect of his evening meal on 3 January 1995.

After he had returned to England Mr Williams corresponded with the tour company, and he and 16 others of the party made complaints about this move on the afternoon of 3rd January. He did not receive any satisfactory answer, however, and so eventually, on 30th October 1995, he issued proceedings. He claimed £148.20.

To cut a long story short Mr Williams lost his case in the small claims court because the judge felt that VJV’s terms and conditions allowed them to make this change without incurring liability. It was only at the end of a three and a half year struggle that his case reached the Court of Appeal and the decision in the small claims court was overturned. The Court of Appeal said that the terms and conditions provided that changes could only be made if they were ‘necessary’ and VJV had not proved the change was necessary. You can find the full story here in Mr Williams’ own words. 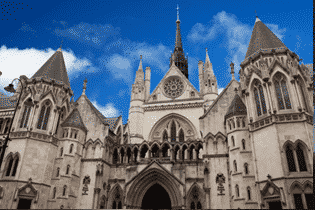 Royal Courts of Justice on the Strand, home of the Court of Appeal

The lesson that emerges from the case is that tour operators have to be very careful drafting their terms and conditions because if they don’t get it right they will pay the price – as VJV did in this case.