There are many ways in which passengers book air travel. Some use travel agents or tour companies, while others choose to book their travel online.

Travel agents ought to be well accustomed to leaving adequate time between flights. When booking online, travellers are generally warned about tight connection times. In some cases, however, the question of timing could be due to time-sensitive commitments at the destination. For example, many people schedule short stop-overs for business meetings, while others fly to cities to connect onto cruises or other holiday packages. How much extra time should a person give themselves in these circumstances? The Quebec Small Claims Court recently dealt with this very issue.

In Desjardins c. Air Canada inc., 2016 QCCQ 2619, the Court considered what damages were available to a couple who missed a cruise because their flight was delayed. The couple was scheduled to fly from Montreal to Fort Lauderdale, leaving at 7am and arriving before mid-day. They were booked on a cruise scheduled to leave Fort Lauderdale at the end of the day. Unfortunately, their departure was delayed by seven hours and they missed their cruise.

They sued the airline pursuant to article 19 of the Montreal Convention, an international treaty governing liability with respect to international air travel and to which Canada is a signatory. Article 20 allows the carrier to argue that the “damage” suffered by the passenger was caused or contributed to by that passenger’s own wrongful act or omission. The couple sought reimbursement for a hotel stay in Florida resulting from the delay and airfare to catch up to the cruise ship at its next port. They also sought compensation for the missed time on the cruise and for the inconvenience caused by the delay.

The Court agreed that they were entitled to compensation, and quantified their damages at $6,809.49. The Court then reduced that award by 50% based upon a finding that the couple was contributorily negligent. The Court considered the fact that they were experienced travellers and that they had considered flying to Florida a day early so as to be sure that they would not miss their cruise. In the circumstances, the Court found that a reasonable traveller would have arrived in Florida a night early.

The most interesting part of this case is the manner in which the Court found that the couple contributed to 50% of their losses. While article 20 of the Montreal Convention allows for contribution arguments, these are generally limited to arguing that a passenger was the actual cause of the delay of the flight, not that the passenger’s booking arrangement contributed to his or her damages.

The Court’s direction appears clear: the more important it is that a passenger arrives by a certain time at the destination (financially important or otherwise), the more time that passenger should leave themselves as a “buffer”. In the author’s opinion, this point makes practical sense because flight delays do occur regularly, many times due to circumstances beyond anyone’s control. Cutting it too close is a choice that travellers often regret.

Shaun Foster is an Associate with Alexander Holburn, Beaudin + Lang LLP, Vancouver. This article was first published on their website.

Shaun can be contacted at: sfoster@ahbl.ca 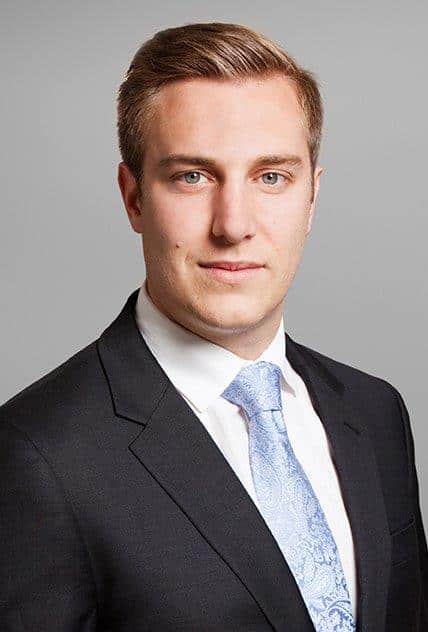