The ECJ will soon be delivering its decision in the case of X v Kuoni Travel Ltd (Case C-578/19). In this article, the author examines the opinion of Advocate General Szpunar (‘the AG’) which ruled in favour of X. It will be interesting to see if the ECJ adopts his views.

In summary, the AG opined that:

The claim was brought against the Respondent tour operator for breach of contract at common law and under the Package Travel, Package Holidays and Package Tours Regulations (SI 1992/3288) (‘the 1992 Regulations’).

The Appellant and her husband were staying at a Sri Lankan hotel in July 2010. In the early hours of 18 July 2010, the Appellant was on her way to reception when a member of staff (‘N’) offered to show her a shortcut. N took her to a room where he assaulted and raped her.

The Appellant’s case was dismissed both at first instance and by the Court of Appeal. The Appellant was given permission to appeal to the Supreme Court on the following issues:

1. Did the index assault constitute improper performance of the obligations under the holiday contract?
2. If so, did the Respondent have a defence under the law of contract and/or Article 5(2), third alinea of the Directive?

The third alinea to Article 5(2) provides the following defence under the Directive:

With regard to the damage resulting for the consumer from the failure to perform or the improper performance of the contract, member states shall take the necessary steps to ensure that the organiser and/or retailer is/are liable unless such failure to perform or improper performance is attributable neither to any fault of theirs nor to that of another supplier of services, because:

• such failures are due to … an event which the organiser and/or retailer or the supplier of services, even with all due care, could not foresee or forestall.

In an interim judgment, the Supreme Court referred the following questions to the CJEU:

1. Where there has been a failure to perform or an improper performance of the obligations arising under the contract of an organiser or retailer with a consumer to provide a package holiday to which Council Directive 90/314/EEC of 13 June 1990 on package travel, package holidays and package tours applies, and that failure to perform or improper performance is the result of the actions of an employee of a hotel company which is a provider of services to which that contract relates:

• is there scope for the application of the defence set out in the second part of the third alinea to article 5(2); and, if so,
• by which criteria is the national court to assess whether that defence applies?

2. Where an organiser or retailer enters into a contract with a consumer to provide a package holiday to which Council Directive 90/314/EEC applies, and where a hotel company provides services to which that contract relates, is an employee of that hotel company himself to be considered a ‘supplier of services’ for the purposes of the defence under article 5(2), third alinea of the Directive?

The CJEU was asked to assume that the guidance by a member of the hotel’s staff of X to the reception was a service within the ‘holiday arrangements’ which the Respondent had contracted to provide, and that the rape and assault constituted improper performance of the contract [¶22 of the reference] although that issue has yet to be decided as a matter of English law by the Supreme Court.

Opinion of the AG

1. Is there scope for the application of the defence where the failure to perform or improper performance resulted from the actions of an employee of the supplier of services?

The AG foregrounded his opinion by emphasising that the purpose of the Directive was to ensure a high level of protection for consumers [¶32]. It also considered, inter alia, the following points:

• The system of liability established by the Directive was a system of contractual liability, the general principle of which being that the debtor must be liable for the failure to perform, or improper performance of, the contract [¶34].
• In allowing organisers to pursue, where appropriate, the ‘other suppliers of services’, the EU legislature sought to prevent consumers having to bring several different actions [¶39].
• The objective of the Directive was to ‘focus liability on the person of the organiser’ [¶40].

The AG concluded that the Directive created what he described as a strict liability regime, in the sense that it was irrelevant whether the party responsible for the improper performance or non-performance of the contract was the organiser or another supplier of services [¶42]:

The AG did not provide further clarification or explore the reasoning behind this interpretation of the word ‘event’, nor did he explain why it would be illogical for the court to consider whether the intentional acts of an employee of a supplier of services could be foreseen or forestalled. He also did not provide guidance on what was meant by an ‘objective factor’ or how the ‘organisational structure of the supplier of services’ was to be delineated (and whether it should be given the same meaning as ‘performance of contractual obligations’). Furthermore, while the AG’s definition of ‘event’ expressly excludes wrongful facts committed intentionally, it also appeared to leave open the inclusion of wrongful acts committed unintentionally.

The AG concluded that ‘this interpretation is the only one capable of ensuring a high level of protection for consumers and of preventing that level of protection from being significantly reduced in cases of serious misconduct on the part of the employees of suppliers of services’ [¶83]. Somewhat confusingly, he went on to find that ‘if an alternative interpretation were to be accepted, such serious misconduct could then be regarded as being an ‘unforeseeable or unavoidable’ event within the meaning of the second part of the third indent of Article 5(2) of Directive 90/314.’

As he considered that there was no scope for the application of the defence set out in the second part of the third alinea to article 5(2), the AG did not go on to consider part (b) to the Supreme Court’s first question.

The AG noted that the concept of ‘supplier of services’ is not defined by the Directive. He noted that:

The AG departed somewhat from the limited scope of the questions referred to him by the Supreme Court by giving an indication of what he considered would fall within the scope of performance of contractual obligations:

65. In those circumstances, it is clear to me that an employee of a hotel may, in principle, be regarded as performing the contractual obligations arising from a package travel contract where he is on duty, wearing the uniform of a member of hotel staff and thus appears to guests/consumers to be a trustworthy person, whether the obligations are performed in the hotel premises or outside its facilities, provided that the obligations in question arise from the package holiday contract or are obligations regarded as being ancillary to the services sold or offered for sale by the organiser under that contract.

66. Thus, if the porter services, the maintenance of facilities or the conducting of guests to reception are either services ancillary to the accommodation service or services directly stipulated in the contract, the organiser must be liable where the hotel porter damages or loses luggage, assaults a guest whilst performing the obligation of conducting him to his room or to reception, burns a guest by spilling soup or assaults a guest whilst providing table service. […]

68. However, the organiser cannot be held liable for damage suffered by the consumer, for the purposes of Article 5(2) of that directive, if the employee of a hotel assaults a hotel guest outside his working hours or on a day on which that employee is on leave.

It is interesting to contrast the AG’s interpretation of attribution, which draws a clear line between faults or failures that occur when an employee is at work and when they are off the clock, with the more nuanced concept of attribution under English law with which practitioners in this jurisdiction will be familiar. It is also of note that although the CJEU had been asked to proceed only on the assumption that N had been acting in the performance of his obligations, the AG appeared to express a view on the point by holding that N was acting in the performance of his contractual obligation by conducting the Appellant to reception [¶79].

Christopher Fleming is a Barrister with 12 King’s Bench Walk
He can be contacted at fleming@12kbw.co.uk 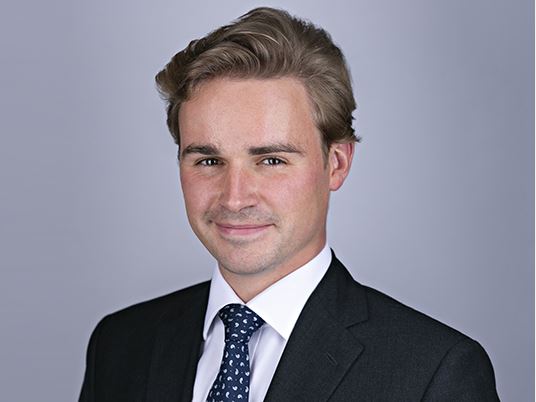