On 31 January 2022, the UK Department for Transport (“DfT”) announced the launch of its consultation on Aviation Consumer Policy Reform, building on themes set out in the “Aviation 2050: The future of UK aviation” consultation published back in December 2018. This consultation references the devastating effect of the pandemic on the aviation sector, and what reforms could be made to reinforce consumer confidence to fly and thereby help to support our aviation sector’s recovery and growth. The consultation paper also references the UK’s withdrawal from the EU, and the opportunity this presents to review retained EU legislation and case-law that provides consumer protections for domestic UK flights, in particular in relation to the compensation regime for delayed and cancelled flights, and to look at what might work best for the UK domestically to ensure the UK is a competitive place for the industry. 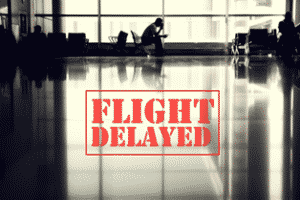 The consultation puts forward a series of suggested measures on which it seeks views from stakeholders, particularly in relation to the way in which passengers are compensated for delayed or cancelled domestic UK flights, which, if implemented, would introduce a new compensation regime more closely aligned to those regimes applying in the UK rail and maritime sectors.

The key suggested measures can be summarised as follows:

The proposal suggests the enhancement of regulators’ enforcement powers by enabling both the Civil Aviation Authority (“CAA”) and the Competition and Markets Authority (“CMA”) to decide on breaches of consumer law by airlines and to decide appropriate redress for breaches.

In the consultation report, the DfT expresses the view that the powers and tools currently available to the CAA and the CMA under Part 8 of the Enterprise Act 2002 are costly, time-consuming and place a heavy administrative burden on the regulators in taking enforcement

action against airlines that breach consumer law. This has led the DfT to propose a series of new administrative powers to strengthen the CAA’s ability to enforce consumer law, enhance protection of customers, reduce time and money spent on enforcement, avoid the more cumbersome recourse options, and incentivise compliance and engagement by airlines. If these proposed new administrative powers are implemented, the CAA and the CMA would have the following additional powers:

The consultation seeks stakeholders’ views on an overhaul of the manner in which passenger related disputes are dealt with by airlines. Currently, a voluntary Alternative Dispute Resolution (“ADR”) scheme exists whereby airlines can elect to engage with passengers in ADR. If an airline is not a member of an ADR scheme in the UK, an individual has limited options to seek redress from the airline, with court action being costly and time-consuming. The consultation points out that participation in some form of ADR is mandatory in most regulated sectors, with aviation being a notable exception. The consultation is seeking views on whether participation in a CAA-approved ADR scheme should become mandatory for all airlines flying into, out of and domestically within the UK (in addition to any non-UK based scheme). In the event a mandatory scheme is unacceptable to airlines, the DfT has proposed in the alternative that an ombudsman be appointed to oversee passenger related disputes.

2019 (“UK261”) towards a ‘fairer’ model applicable to UK domestic flights. The proposed model put forward by the DfT would introduce a new compensation model based on (1) the length of flight delay (with varying compensation based on a ratcheting percentage for 1, 2 and over 3 hour delays); and (2) the actual ticket price, as compared to the current system under UK261, which provides for fixed rate compensation to be payable (subject to an exceptional circumstances defence) for delays over 3 hours and irrespective of the ticket price. There is acknowledgment in the DfT consultation paper and accompanying impact assessment paper that the applicable legislation, UK261, which mirrors EU261 (which itself dates back to 2005) has not kept up with the growth in low-cost airlines, and the current fixed compensation rates are not representative of the costs of travel.

In relation to UK flights only the DfT are seeking the views of stakeholders on the following proposed model: 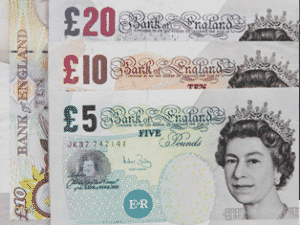 The DfT has suggested that this proposal is aimed at levelling the playing field with compensation regimes currently in place in the UK, specifically those operating in the maritime and rail sectors, and to acknowledge calls from the aviation industry for a rebalancing of compensation rates to reflect low-cost airlines’ cheaper ticket prices. If adopted, this reform would signal a willingness on the part of the UK Government to depart from EU261.

The DfT also appears to leave the door open to the possibility of changes to compensation for international flight delays, although no specific proposals are set out in the consultation. In doing so, the DfT has asked that alternative approaches to those set out in the Montreal Convention be presented for international flights in recognition of “the changes in the types of airlines being used to travel and to link compensation to the costs of travel.” This is potentially a very significant development and one that is bound to catch the eye of international airlines operating to and from the UK.

The consultation paper seeks the views of stakeholders on measures to give package organisers the right through legislation to recoup a refund from an airline directly when a flight that forms part of a package holiday is cancelled. If implemented, package organisers would be able to make a claim through EU261 and UK legislation for a full refund on behalf of their customer in circumstances where they sold a flight to a customer, which formed part of a package holiday, and was later cancelled by the airline. This right would not affect any existing commercial arrangement for the processing of refunds between the package organiser and the airline.

The consultation paper also suggests measures to enhance the accessibility of air travel for passengers with disabilities by the proposal to remove the supplementary fee payable by passengers when making a ‘special declaration of interest’ to declare the value of wheelchairs and mobility equipment on UK domestic flights. 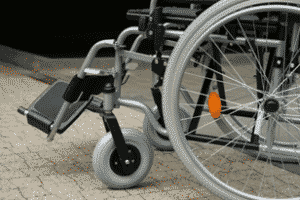 Currently wheelchairs and mobility equipment are defined as baggage under the Montreal Convention 1999, which limits the amount of compensation payable in the event of damaged, lost or destroyed items unless a special declaration of interest is made. The DfT has highlighted in its consultation paper that this creates a disincentive for persons using wheelchairs and mobility equipment to travel due the increased cost associated with such travel or alternatively the fear of non-compensable damage to their (often high-value and difficult to replace) property. The DfT’s suggested measures would bring the UK legislation closer in line with countries such as Canada, where if a mobility aid is damaged, lost or destroyed during transport the airline must (without delay and at their own expense) provide a temporary replacement, reimburse or arrange for damage to be repaired, or replace the aid and reimburse any expenses incurred because the mobility aid was lost, damaged or destroyed. This proposal would position the UK as leaders in this area.

This consultation shows further signs of the UK’s willingness to question whether EU legislation is fit for purpose post-Brexit and after what we hope is the worst of the pandemic, whether it has evolved and kept up with the growth of low cost airlines and actual ticket prices compared to current fixed compensation rates for delayed and cancelled flights, and to look at measures that might rebalance the compensation rates for delayed or cancelled domestic UK flights on the one hand, but at the same time introduce more stringent powers for regulators to enforce breaches of consumer law by airlines. It will be interesting to see how airline stakeholders react.

Patrick Bettle is an Associate with Stephenson Harwood

He can be contacted at patrick.bettle@shlegal.com

Lucy Moseley is an Associate with Stephenson Harwood

She can be contacted at is an Associate with Stephenson Harwood

Annabel Williamson is a Consultant with Stephenson Harwood

She can be contacted at annabel.williamson@shlegal.com

Maeve Mohan is a trainee solicitor with Stephenson Harwood 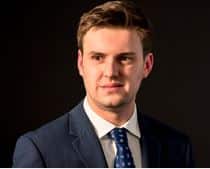