In a recent case arising out of the provision of an Arctic cruise Recorder Bowes QC revisited and revised the ‘flicker of hope’ test formulated in Lambert v Travelsphere [2005] CLY 1977.

The facts in Sherman v Readers Offers Limited, 3rd May 2022, unreported were unusual. The Claimants, who acted in person, had booked a North West Passage cruise holiday costing over £20,000 over the telephone, without having first seen a brochure or advertisement, and entirely on the recommendation of friends they had made on a previous Antarctic cruise. The basic itinerary provided to them when they booked was for a cruise holiday entitled ‘Northwest Passage – in the Wake of the Great Explorers’ to take place between 8th and 24th September 2018. The Claimants were subsequently provided with a detailed itinerary which set out the embarkation point and ports of call, some of which were in the North West Passage, and others in Greenland, from where they would then be transferred to Copenhagen for their return flights to the UK. 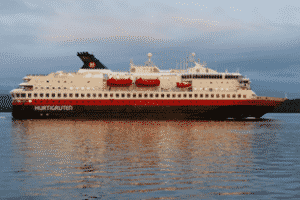 There was some dispute over whether this much more detailed itinerary was a term of the contract such that any alteration to it entitled the Claimants to a full refund; the court found against them on this, since it had been provided only after the formation of the contract.

The claim centred around whether prior to the holiday departure date the Defendant’s supplier, Hurtigruten, had been constrained to alter significantly an essential term of the contract, thus entitling the Claimants to a refund pursuant to Regulation 12 of the Package Travel, Package Holidays and Package Tours Regulations 1992. The problem arose because in 2018 the break up of ice in the Arctic, and in particular in the North West Passage, occurred very much later and to a lesser extent than in previous and subsequent years, rendering it impossible for the cruise to follow the detailed itinerary and causing much of that itinerary to be abandoned as the vessel spent some time in the mouth of the Passage, before sailing to Greenland, where the rest of the itinerary was performed as described in the detailed itinerary. The Claimants asserted that Hurtigruten was aware that this would be the case before the holiday began and that this entitled them to a refund under Regulation 12; the Defendant contended that at the time of departure it was still possible for much of the itinerary to be provided as planned and that therefore no refund was payable. The Defendant relied on the flicker of hope test set out in Lambert v Travelsphere in submitting to the court that because at the time of departure there was still a flicker of hope that the important parts of the itinerary could be provided, Regulation 12 was not engaged. Furthermore, Regulation 14 (which relates to post-departure alterations) was not engaged either, and even if it was,  the tour operator had a defence under Regulation 15(2)(c)(i) – the failure to provide a cruise through the North West Passage as set out in the itinerary was due to unusual and unforeseeable circumstances outside Readers Offers’ control. 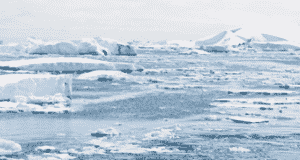 The court found as a matter of fact that the relevant itinerary was the basic one provided at the time of contract formation and not the detailed one provided subsequently. Further, at the time of departure, Hurtigruten and Readers Offers reasonably believed that it would be possible to visit the North West Passage and to provide a good cruise experience. Nevertheless, as it turned out, and due to unusual weather conditions, some of the detailed itinerary could not be provided, and this amounted to a post-departure alteration under Regulation 14, for which compensation was payable if this was appropriate. In the instant case, however, it was not appropriate. The Defendant had made out the Regulation 15(2)(c)(i) defence. The claim therefore failed.

The case is of interest to practitioners dealing with both pre- and post-departure alterations in holiday components, and in particular those alterations to cruise itineraries caused by weather and other circumstances outside the control of cruise providers. It is also noteworthy in its treatment of the Lambert flicker of hope test. The judge noted that the judgment in Lambert was not binding, and referred to the decision of the Supreme Court in X v Kuoni [2021] 1WLR 3910 as informing the approach now to be taken to the Regulations. He held, at paragraphs 85 to 87 of the judgment:

It seems, therefore, that the flicker of hope test, at least arguably, has not survived the decision in X v Kuoni, and is to be replaced with a ‘reasonable possibility’ test, which appears to the author, at least, to be a significantly lower hurdle for a consumer to surmount before Regulation 12 is engaged. To this extent the judgment is a shift in favour of consumers.

However, the judgment also favours tour operators in that the court applied the Regulation 15(2)(c) defences to Regulation 14, with the effect that unexpected adverse weather will provide a defence to the requirement to pay compensation in the event of post-departure alterations and failures to meet contractual obligations.

There are currently a number of claims proceeding against tour operators in respect of alterations and cancellations due to the pandemic and the measures taken to contain it. This decision, although founded on very different facts, provides an early insight into the approach the courts might take to those cases following the decision of the Supreme Court in X v Kuoni. On the one hand, the flicker of hope test may not apply to them; on the other, the Regulation 15 defences may be engaged.

Sarah Prager is a Barrister with 1 Chancery
She can be contacted at sprager@1chancerylane.com