Brexit: The End for Regulation 261? 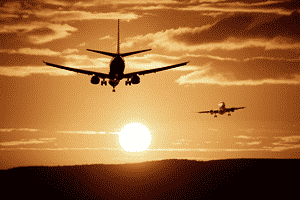 The short answer is “no”!

Under the European Union (Withdrawal Agreement) Act 2020, EU law including EC261/04 has remained in force in the UK, and will continue to do so, until the end of the transition period on 31 December 2020.

Thereafter, Section 3 of the European Union Withdrawal Act 2018 (Withdrawal Act 2018) directly incorporates EC261/04 into UK domestic law (in England and Wales, Scotland, and Northern Ireland). The Air Passenger Rights and Air Travel Organisers’ Licencing (Amendment) (EU Exit) Regulations 2019 (APR Regulations) amend EC261/04 to make it compatible with domestic law, which means that passengers will continue to enjoy the same or substantially similar rights to those that they previously enjoyed under EC261/04.

Furthermore, Section 6 of the Withdrawal Act 2018 incorporates all CJEU case law made on or before 31 December 2020 into domestic law. Therefore, while existing CJEU case law will form part of UK domestic law, the UK Supreme Court is not bound by it and can depart from it where it considers it right to do so.

For CJEU judgments made after 31 December 2020, UK domestic courts are not bound by the decisions made, though they can “have regard to” such decisions so far as they are relevant to the matter before the court.

After 31 December 2020, carriers and passengers will need to consider which Regulation applies to the journey in question:

When determining which Regulation applies, in line with the current CJEU view, it will be necessary to look at the entire journey made without stopovers, which will include connections. For example, flights from LHR to SYD via DXB would fall under the APR where the passenger arrives in SYD with a delay of more than 3 hours irrespective of the length of delay on the first flight.

What level of compensation is awardable?

The APR Regulations have converted compensation levels to GBP as follows:

Time will tell whether exchange rates will vary to such a degree that a claim under EC261/04 or the APR Regulations will be more beneficial to passengers and consequently more expensive to carriers.

Where can a claim be brought?

Previously in England and Wales, passengers could bring an EC261/04 claim either under the Civil Procedure Rules as a small claim or under the European Small Claims procedure (ESCP). While any applications to commence new ESCP claims received on or before 31 December 2020 will remain valid, following the 31 December 2020, passengers will only be able to bring claims under the small claims procedure in the UK domestic courts.

EU Directive 2013/11/EU (ADR Directive), which required all businesses including air carriers to direct unresolved consumer complaints to a certified ADR provider and advise them on whether the business would agree to use the provider in a dispute, will remain in force for APR Regulations claims.

However, in 2018, the UK Government published the Consumer Protection (Amendment etc.) (EU Exit) Regulations 2018 which revoked EU Regulation 524/2013 (ODR Regulation) (which makes it a requirement for all traders within the EU to provide information on the EU-wide online dispute resolution platform and allow consumers to refer disputes to this platform). Therefore, following the 31 December 2020, passengers will not be able to make APR Regulations claims using the ODR Platform.

What will the future look like for EC261 and APR Regulations claims?

What will be of particular interest to practitioners and air carriers will be whether the English courts begin to take a divergent approach from the CJEU on case law. Historically, a significant portion of EC261/04’s “teeth” comes from the CJEU’s consumer-friendly judgements, such as the extension of compensation for long delays (Sturgeon v Condor), ruling technical problems do not automatically constitute extraordinary circumstances (Wallentin Hermann v Alitalia), and allowing passengers to bring claims directly against an air carrier where the ticket was booked with a travel agent (Libuše Králová v Primera Air Scandinavia A/S). A full summary of EC261/04 case law dating back to 2008 is available here.

While the above case law remains valid domestic UK precedent, English courts would no longer be bound by future CJEU case law. In defending against APR Regulations claims, air carriers may have success in arguing that more consumer-friendly judgments made post-transition period should be disregarded. Furthermore, as the Supreme Court has the power to depart from CJEU case law where it considers it right to do so, air carriers can argue that the Supreme Court should overturn previous particularly onerous consumer-friendly judgments (though this would be a very high bar).

Additionally, in cases where both EC261/04 and the APR Regulations apply, aside from the double-claim restriction, there are no requirements that passengers must make a claim under EU or English law. If EC261/04 and APR Regulations case law begins to significantly diverge, we may see “jurisdiction shopping” as passengers and claim agencies base their choice to bring claims on where the case law is more advantageous.

What does this mean for carriers operating to/from the UK?

In the short-term, for carriers flying into/out of the UK, their obligations toward passengers in the event of cancellation, delay, or denied boarding will effectively remain the same. While passengers will no longer be able to bring claims under EC261/04 on flights departing from the UK or arriving into the UK from a non-EU country, where EC261/04 previously applied, equivalent claims can be brought under the APR Regulations.

However, in the long-term, the potential for divergence in case law means that carriers may be subject to different obligations depending on whether a claim is brought under EC261/04 or the APR Regulations. There may also be added complexities in defending claims which can be brought under either EC261/04 or the APR Regulations. For example, where a carrier successfully defends a claim in an EU court under EC261/04, passengers and claim agencies may attempt to “try their luck” by bringing a fresh claim in a UK court under the APR Regulations, imposing additional legal costs on carriers.

Therefore, it remains to be seen whether any divergence in the Regulations will deliver a welcome break for carriers or an ever increasing burden against an already challenging backdrop. Either way, while it may have a new name, Brexit is not the end for 261 in the UK. 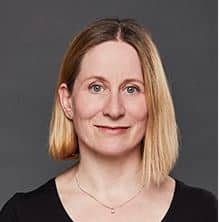