On 6 October 2021, the European Court of Justice released its judgment in Case C‑613/20, CS v Eurowings GmbH, on a preliminary ruling concerning the interpretation of Article 5(3) of Regulation (EC) No 261/2004 of the European Parliament and of the Council. The request has been made in proceedings between CS ( an anonymized passenger) and Eurowings GmbH concerning the latter’s refusal to compensate CS for the cancellation of a flight on which he had booked a seat.

CS had reserved a seat on a flight from Salzburg (Austria) to Berlin (Berlin-Tegel Airport, Germany) that Eurowings was supposed to operate on 20 October 2019. The flight was cancelled due to a strike by the cabin crew of Eurowings. The strike, which was originally scheduled to take place on 20 October 2019 from 5.00 to 11.00, was extended, on the same day and without notice, until midnight. CS sought the compensation of EUR 250 before the Landesgericht Salzburg (Regional Court, Salzburg, Austria), under Article 7(1)(a) of Regulation No 261/2004, claiming that the cabin crew strike which led to the cancellation of his flight does not constitute one of the ‘extraordinary circumstances’ referred to in Article 5(3) of that regulation, and that as a consequence Eurowings could not benefit from the related exemption. Following the dismissal of the action by the Bezirksgericht Salzburg, CS brought an appeal before the Landesgericht Salzburg (Regional Court, Salzburg, Austria, the “referring court”) that, in light of the need to interpret the relevant European legislation, decided to stay the proceedings and to refer six questions to the Court of Justice for a preliminary ruling.

By the first, second, third and fourth questions, the referring court asked if the strike by an air carrier’s staff called by a trade union to pursue pay demands and/or social benefits constitute “extraordinary circumstances” within the meaning of Article 5(3) of Regulation (EC) No 261/2004, taking into consideration the specific circumstances of the case at hand, and in particular that (i) the strike of Eurowing’s staff was connected to the strike of the staff of the parent company (Lufthansa), (ii) the strike of Eurowing’s staff was continued for no reason, and even prolonged, after the parent company had met the demands of the trade union, (iii) the strike was spontaneously prolonged on the same day and without notice.

According to the Court “Article 5(3) of Regulation No 261/2004 must be interpreted as meaning that strike action intended to assert workers’ demands with regard to salary and/or social benefits, which is entered into upon a call by a trade union of the staff of an operating air carrier in solidarity with strike action which was launched against the parent company of which that carrier is a subsidiary, which is observed by a category of the staff of that subsidiary whose presence is necessary to operate a flight, and which continues beyond the period originally announced by the trade union which called the strike, in spite of the fact that an agreement has been reached in the meantime with the parent company, is not covered by the concept of ‘extraordinary circumstances’ within the meaning of that provision.”

By its fifth and sixth questions, the referring court asked if the precautions taken by Eurowings to deal with the strike were appropriate to the situation, and which requirements should be attached on the operating air carrier’s burden of assertion that all technically and economically viable measures were taken.

The Court considered that there was no need to answer the fifth and sixth questions, since they were based on the premise that the strike should be classified as one of the ‘extraordinary circumstances’ referred to in Article 5(3) of Regulation No 261/2004.

He can be contacted at a.palumbo@dejalex.com 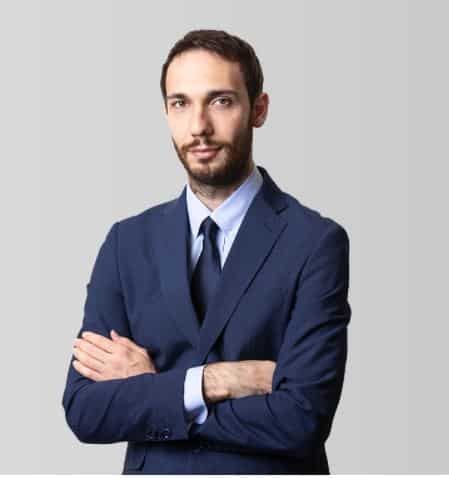