Home Resources TLQ Online What is considered an ‘accident’ under the Montreal Convention?

What is considered an ‘accident’ under the Montreal Convention?

In February 2017 the Tel Aviv Magistrates Court declined a passenger’s claim for bodily injury damages after it concluded that the event which was the subject matter of the claim was not considered to be an ‘accident’ as defined by the Montreal Convention.

The plaintiff, a businessman on an El Al flight from Tel Aviv to Hong Kong, filed a claim against El Al, arguing that he had been injured after eating a cake served to passengers.

The plaintiff argued that he had asked the flight attendant what kind of cake was being served and the answer he received was that it was a chocolate cake. After taking his first bite, the plaintiff suffered a severe allergic reaction as the cake was a carrot cake, to which the plaintiff is allergic. He was treated by a paramedic who was on board with anti-allergy medicines and spent the rest of the flight lying down. After landing, the plaintiff found it difficult to exit the aircraft and spent the entirety of his stay in Hong Kong inside his hotel, cancelled all of his pre-planned business meetings and argued that his whole journey had been ruined.

The plaintiff claimed a refund for the cost of:

The plaintiff estimated his damages to be NIS607,000, however, he filed a claim for NIS150,000 due to court fees considerations.

The plaintiff argued that El Al had:

• been negligent for not:
 marking the food as required; and
 warning passengers with food allergies; and
• breached its duty of care by not warning the plaintiff about the potential risk or the active allergens in the food which had been served to him.

El Al argued that the cake in question contained carrot and this fact was clear from its appearance (and from photos thereof). When the plaintiff asked the flight attendant about the cake, she answered that she did not know, but it appeared to be chocolate cake.

El Al further argued that the event could not be considered as an ‘accident’, as defined by the Montreal Convention and therefore, the plaintiff had no cause of action against El Al.

In addition, El Al argued that the plaintiff bore contributory blame for eating food when he did not know what it contained and by not carrying an anti-allergy medicine with him.

The court ruled that the flight was subject to the Montreal Convention, which provides an exclusive cause of action.

The court accepted the argument that no unusual, unexpected or external event occurred to the plaintiff and that there was no sudden and unexpected event relating to the flight. The plaintiff’s allergy was not considered to be an ‘accident’.

As to the exclusive cause of action, the court referred to El Al v Noam David in which the court held that the claim for bodily injury caused during air transportation is subject to the exclusive claim set by the Montreal Convention and therefore, passengers who suffer from a bodily injury which is not covered by the convention cannot be compensated by the carrier even in cases where the remedy may be provided for by other laws:

“The Convention provides a sole cause of action against the carrier for bodily injuries which occurred during the air transportation, where a condition for a cause of action is the happening of an ‘accident’.”

The judge stated that recognising an allergic event during a flight as an ‘accident’ in general, is too extreme.

The court dismissed the claim and imposed the payment of El Al’s costs to the amount of NIS7,500 on the plaintiff.

Peggy Sharon is a partner with Levitan Sharon, Tel Aviv. She can be contacted at: peggysh@levitansharon.co.il

Keren Marco is a partner with Levitan Sharon, Tel Aviv. She can be contacted at: kerenm@levitansharon.co.il 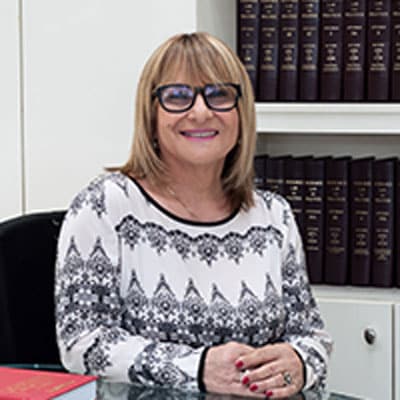 Peggy Sharon is senior partner with Levitan Sharon where she heads the litigation department.