The Court of Appeal has confirmed in a strong judgment that an air traffic management decision (ATMD) amounts to an extraordinary circumstance within the meaning of Regulation (EC) No.261/2004 (the Regulation).

The claimant, Mr Blanche, was booked to travel with easyJet on a flight from Brussels to London Gatwick Airport in October 2014. The aircraft scheduled to operate the flight was also scheduled to operate the preceding flight from Gatwick to Brussels. The aircraft was delayed in its departure from Gatwick due to the presence of thunderstorms in the area and the subsequent decision of Gatwick Air Traffic Control (ATC) to suspend all eastbound departures. This caused a rotational delay to the claimant’s flight, which was eventually delayed over 5 hours.

The claimant made a claim for compensation under the Regulation and the claim was dismissed both at first instance and on appeal by HHJ Melissa Clarke on the basis that the airline could rely on the defence under Article 5(3) of the Regulation that the delay caused by an ATMD amounted to extraordinary circumstances. Before the Court of Appeal, the claimant argued that the ATMD itself is of little or no consequence, and what matters is the underlying reason for the ATMD and whether that can be properly characterised as an extraordinary circumstance.

The claimant submitted that the court should look behind each ATMD to consider whether the underlying reason for the ATMD, in this case the thunderstorms, amounted to extraordinary circumstances. Lord Justice Coulson, with whom the rest of the court agreed, rejected the argument, stating that the wording of the Regulation and Recital 15 “could not be clearer” that extraordinary circumstances should be deemed to exist where an ATMD has caused a long delay to a particular aircraft on a particular day. The phrase “should be deemed to exist” in Recital 15 leaves “no room for doubt or argument”. In addition, there is nothing in Recital 15 to suggest that it would be necessary or even appropriate for the court to go behind each and every ATMD in order to analyse the circumstances in which it came to be made.

The Court reasoned that the above interpretation was consistent with both the case law regarding “extraordinary circumstances” and the policy underpinning the Regulation. The need to ensure a “high level of protection” for passengers in accordance with the Regulation begins with the need to ensure their safety. It would be unsafe for carriers to defy ATMDs and impractical for airlines to routinely challenge ATMDs in order to later justify defending a claim for compensation. It would also be impractical for courts to consider the merits of any particular ATMD where the ATC is not a party to the litigation.

Interestingly, the Court clarified that the test set out in Wallentin-Hermann, that the carrier has to show that the cause of the delay “is not inherent in the normal exercise of the activity of the air carrier concerned and is beyond the actual control of that carrier on account of its nature or origin”, does not apply to ATMDs under Recital 15. This is on the basis that Wallentin concerned a delay due to an engine defect, and so gave rise to a detailed consideration of Recital 14 only, whereas Recital 15 deals with the binding decision of a third party (the ATC) which should be deemed to be an extraordinary circumstance.

The Court also dismissed the claimant’s argument that Recital 15 did not apply because the aircraft was one of a number aircraft affected by ATMDs at Gatwick on that afternoon, and therefore the ATMD did not relate to a “particular aircraft” on a “particular day” as defined by Recital 15. The Court concluded that it would make no sense if an ATMD affecting one flight was covered by Recital 15, but that an ATMD for precisely the same reason which affected two or more flights fell outside the same regime.

The claimant’s argument for the case to be referred to the Court of Justice of the European Union was deemed unnecessary by the Court on the basis that the correct application of Community Law in this case was obvious and there was no scope for reasonable doubt as to the way in which the questions raised in this case should be resolved.

A welcome decision for the industry

The Court of Appeal’s decision should be welcomed as a sensible outcome which upholds passenger safety and does not penalise airlines for following the binding decisions of third party authorities over which the airline has no general control. It provides clarity for airlines who will have a defence to claims brought under the Regulation where a long delay or cancellation has been caused by an ATMD, so long as they can also show that it could not have been avoided even if all reasonable measures had been taken. The decision should also reduce the current caseload of compensation claims in the lower courts, as it is estimated that there are around 1,000 claims that have been stayed pending the Court of Appeal’s decision. These claims should now hopefully be discontinued following the clear reasoning in this case.

Francois Guillot is an English-qualified solicitor and legal executive with Clyde & Co.

This article was co-written by Jess Harman, who is an Associate with Clyde & Co. 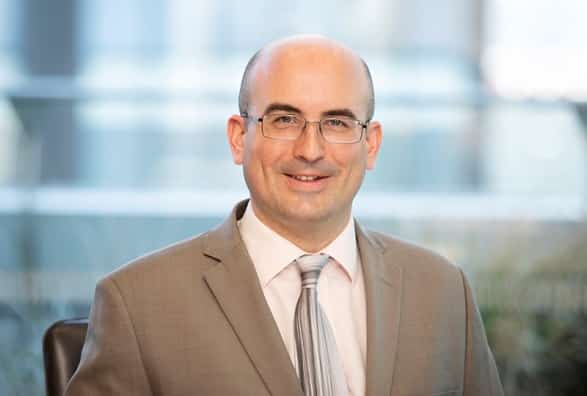