In this article the author provides a comparative review of two recent Regulation 261 cases: Lipton v BA City Flyer in the Court of Appeal and Airhelp v SAS in the ECJ 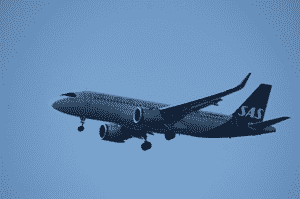 Upon exiting the European Union (“the IP completion day”), EU law ceased to be applicable in UK courts. The EU (Withdrawal) Act 2018 (“EU(W)A 2018”) serves to maintain the rights, caselaw, and legislation (“Retained EU Law”) which have become a constituent part of UK law in that period. Under Article 5 of Regulation (EC) 261/2004 (“the Regulation”), air passengers have a right to recover compensation for significantly delayed flights except where the air carrier can demonstrate that the delay was a result of ‘extraordinary circumstances’. After the IP completion day, the Regulation formed part of domestic law through s.3(1) EU(W)A 2018 and the Air Passenger Regulations 2019.

In March 2021, both the UK Court of Appeal and the Court of Justice of the European Union (“CJEU”) handed down judgments which concerned the Regulation.

. In Lipton & Another v BA City Flyer Limited [2021] EWCA Civ 454, the appellants’ flight was cancelled because the captain had not attended work having been taken ill. The argument in the UK Court of Appeal centred on whether staff non-attendance due to illness constituted ‘extraordinary circumstances’. In Airhelp Ltd v Scandinavian Airline System SAS (Case C-28/20), the question for the Court of Justice of the European Union was whether strike action, organised by a trade union of the staff of an air carrier, and which is intended to secure pay increases, falls within the concept of ‘extraordinary circumstances’.

This article compares the two judgments and examines their parallels and tensions so as to demonstrate the potential for divergence between the jurisprudence of the UK and that of the EU following the IP completion day.

completion day such that any amendments made to EU community law thereafter will not be reflected in Retained EU Law.

Retained EU Law may still be subject to future amendment and addition, in precisely the same way that domestic law may be, under Section 6(7) of EU(W)A 2018:

“As that body of law is added to or otherwise modified by or under this Act or by other domestic law from time to time.”

Retained EU Law which is not subsequently modified by domestic legislation falls to be interpreted by UK courts in line with CJEU caselaw and EU law principles in place before the IP completion date. However, section 5 EU(W)A 2018 provides that there will be no supremacy for EU law passed after the IP completion day. That being so, there is scope for the courts in England and Wales and the CJEU to make decisions which are in tension albeit concern interpretation of the same provisions. This has been shown to be true in the recent cases of Lipton and Airhelp.

Coulson LJ provided 6 interlinking reasons for the respondent’s arguments failing to make out extraordinary circumstances on the facts:

Absence is not a factor identified in Recital 14 of the Regulation and whilst staff absence due to strike action is so identified, this was significantly more likely to be out of the ordinary than a staff member who is taken ill.

The court rejected the respondent’s argument that Krusemann should be distinguished on the basis that the wildcat strike was due to the air carrier’s own corporate reorganisation, and that this showed the level of causation analysis which was required. Coulson LJ gave two reasons for this. One, the nature of the strike made no difference to the outcome. Two, strikes are identified in Recital 14 as an indicator of extraordinary circumstances and so investigation by the court was necessary.

An air carrier’s operation depends on its people and its aircraft. Wear and tear to the aircraft is not extraordinary in line with Jet2.com Limited v Huzar [2014] EWCA civ 791 and so neither should the wear and tear of people be considered to be. This reflects the dependency of an air carrier on its human resources, and the inherency of both the people and the aircraft to its operation.

Moreover, as in Sturgeon & Anr v Condor Flugdienst GmbH (Case C-402/07), [2010] 2 All ER (Comm) 983, the Regulation must be seen through the eyes of the consumer. The consumer would not have differentiated between cancellation by virtue of wear and tear of the aircraft, or the captain’s illness.

The mundane circumstances of staff illness is very different to one-off or external events. Frequency will sometimes be relevant to whether or not the event in question could be categorised as being out of the ordinary. Just as air carriers were regularly faced with situations arising from the use of mobile stairs which are indispensable to air passenger transport, so too are captains indispensable and their non-attendance is regularly an issue for air-carriers to deal with.

The pilot is critical to an air carrier’s activity. It is irrelevant when the captain falls ill, and it is unrealistic to suggest that he is an inherent part of the air carrier’s operation only when he is clocked on. A pilot may not drink alcohol in the 24 hours preceding flying by an obligation imposed by his/her employer. Breach of that obligation and the subsequent cancellation of

The detail of the circumstances in which a staff member fell ill is irrelevant to Article 5 of the Regulation. It is contrary to the scheme of the Regulation for the carrier to provide a complex analysis of the detail of a staff illness. Isolating when, why and how someone falls ill is difficult. Medical records would be required, and a consumer cannot be expected to address arguments based on the representations of third parties. The consumer’s right to compensation under the Regulation cannot depend on when and where the member of staff ate a suspect prawn sandwich.

The CJEU provided four reasons for its decision that ‘extraordinary circumstances’ were not made out.

‘Extraordinary circumstances’ requires two cumulative conditions to be met: the circumstances must not be inherent and they must be beyond the control of the air carrier. The Court held that a strike must be held regarded as an event inherent in the normal exercise of the employer’s activity, as the right to take evasive action is enshrined in Article 28 of the Charter of Fundamental Rights of the EU. A strike intended to increase wages and change working hours is inherent to an air carrier’s activity, especially if organised within a legal framework.

A strike is foreseeable and so the employer has the means to prepare for it. It therefore has control over the action. This is particularly true where the demands of the strike relate to the employment relationship between the air carrier and staff, and could be resolved through management labour dialogue.

A strike set in motion and observed by members of the air carrier’s staff is internal to that undertaking, including where it the strike is commenced by trade unions because those unions are acting in the interest of the carrier’s staff. Crucially, if a strike originates from demands which only the public authorities can satisfy, it will be capable of constituting ‘extraordinary circumstances’ as that would put the strike beyond the control of the air carrier.

The air carrier’s freedom to conduct a business, its property rights, and its right of negotiation are not impaired by not categorising the strike as ‘extraordinary circumstances’. The air carrier is still able to reach a compromise with the strikers, and the freedom to conduct a business and the right to property are not absolute. Such freedoms are to be set against the objective of consumer protection and it may then be justified to incur “substantial negative economic consequences for certain economic operators.”

Both judgments have at their heart the rights of the consumer. Lipton re-establishes that, having been transposed into UK domestic law, the Regulation continues to provide a mechanism for consumer rights protection. Future litigation arising from the Regulation will now need setting against the position set out by Coulson LJ at [47] that what the consumer can be expected realistically to address is a primary concern for the court in determining issues in dispute. Airhelp expressly provides that protection of the rights of the consumer can be justification for other economic actors, for instance air carriers, suffering substantial negative economic consequences.

The tension between Lipton and Airhelp is exposed in comparing the scope of enquiry for examining extraordinary circumstances which is employed in each case. In Lipton, the Court of Appeal held the Regulation is not concerned with the cause of the circumstances, rather it is concerned with extent to which the effect is inherent to the air carrier’s activities. More broadly, Lipton makes clear that the issue of inherency is to be interpreted in a straightforward manner and any court confronted with interpreting extraordinary

circumstances should be questioning whether the circumstances are a mundane fact of commercial life, and whether their frequency is demonstrative of their being ordinary or extraordinary. This is perfectly encapsulated in the analogy of the suspect prawn sandwich. Where, when, and how the prawn sandwich was bought, made, and consumed is irrelevant for the purposes of the Regulation. All that is important is the effect on the staff member having consumed it, and the fact that its effect is an ordinary and everyday feature of an air carrier’s activities

Where the Court of Appeal were concerned with the effects of the circumstances giving rise to the staff illness, the CJEU were concerned with the circumstances giving rise to the strike action. There is therefore a marked divergence in the jurisprudence of England and Wales, and the CJEU on the construction of ‘extraordinary circumstances’ for the purposes of the Regulation. This belies a wider legal consequence of Brexit. The application and interpretation of retained EU law in England and Wales, without being bound by the application and interpretation of EU law in the CJEU, will see two separate streams of jurisprudence bifurcating from the same source.

Samuel Cuthbert is a Barrister with 12 King’s Bench Walk

He can be contacted at Cuthbert@12kbw.co.uk 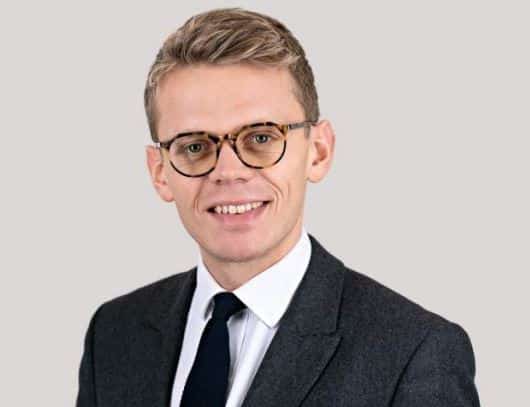