It is difficult at present to read a newspaper or the internet without encountering a mention of fraudulent claims under Regulation 15 of the Package Travel etc Regulations 1992 for compensation against tour operators on behalf of holidaymakers who purportedly contracted food poisoning.

As well as unlawful, there seems to be a consensus that such activities are morally reprehensible (for example, see “End of all-inclusive holidays? British tourists face BAN over food poisoning ‘scams’” Daily Express, June 21, 2017).

Criminal prosecutions for fraud, and potential defamation proceedings by the holiday resort proprietors (e.g: “British couple face losing their home after five-star Greek hotel countersues them for £170,000 because they made a ‘fake’ £10,000 claim that the resort’s food and drink made them ill” The Mail on Sunday 26th May 2017) lie in wait in response to such behaviour. However, this is cold comfort for the tour operators, who will themselves feel entitled to compensation for their wasted time and resources. This issue requires consideration of the tactics, measures, rights, and remedies available to tour operators in order to obtain redress and ideally deter future fraudulent claims.

Once it becomes apparent that a claim is fraudulent, the defendant’s primary concern will be prevent wasting further time or money upon it. The Civil Procedure Rules 1999 (“CPR”), which govern civil claims in England and Wales, provide for a range of sanctions against parties to civil claims who do not adhere to the letter or the spirit of the CPR. The court can impose a sanction upon application by a party or of its own motion. The most severe sanction is the striking out of the whole of a party’s case, under r3.1(2). The circumstances

in which such an order can be made include where a party’s case is an abuse of the court’s process (r3.2(b)).

Naturally, any fraudulent aspect of an insurance claim will result in that claim’s repudiation (irrespective of its other merits) by the insurer. The question whether the same holds true for the striking-out of a civil claim has vexed the courts. However, the Supreme Court appear to have resolved the issue in Summers v Fairclough Homes Ltd [2012] 1 WLR 2004, in which it was held that an otherwise meritorious claim can be struck out in its entirety on the basis of its containing fraudulent elements where it is just and proportionate to do so. The Supreme Court held that the claim in Summers should not be struck out (on the basis of these considerations), given that the application to strike out the claim was not made until after the final trial had been heard and judgment given. It was held, however, that (contrary to statements made in earlier authorities) the court did have the power to do so in exceptional circumstances (for example, in the event of a case where there were “a massive attempt to deceive the court” (Summers v Fairclough Homes Ltd per Lord Clarke at 2021).

Accordingly, a defendant to a fraudulent food poisoning claim should to apply to strike out in its entirety the claim at the earliest practicable opportunity. Insofar as obtaining redress for the time and money wasted in dealing with the fraudulent claim, the defendant will obtain little relief from civil procedure legislation. It is here that the old common law cause of action in the tort of deceit is of relevance.

Although types of actions for deceit have been in existence since at least the 16th century, the necessary requirements of the modern version of this cause of action were set out in Pasley v Freeman (1789) 3 T.R 51. These requirements are:

A party who can prove these three elements will succeed in a deceit claim. Should evidence be available to substantiate the fraudulent nature of a food poisoning (or any other) claim, then the defendant seeking to counterclaim (under CPR Part 20) in deceit can readily satisfy the first two requirements of the tort. The third requirement also will be easily satisfied in cases where damages were paid – however, it is worth noting also that “loss” in this sense covers all types of provable financial loss. Here, the case of Tasneem v Morley (September 30th 2013, Central London County Court, unreported) is instructive. This case involved a counterclaim in deceit by various defendants insured by the Direct Line Group in response to fraudulent claims arising out of stage-managed road traffic accidents (known as “crash for cash” claims). The judge was prepared to award compensation representing the costs involved in investigating the fraudulent claims (Tasneem v Morley paragraph 2). There seems every reason to pursue a similar remedy in a fraudulent food poisoning claim where the fraud is detected before any damages are paid out. Also, it is worth being aware that the requirement in other types of tort claim that only reasonably foreseeable damages can be awarded does not apply to deceit claims (Smith New Court Securities Ltd v Citibank NA [1997] AC 254). This affords a broader scope to claim compensation for wasted resources.

A further issue worth considering in response to a fraudulent food poisoning claim relates to the court’s power to award exemplary damages. This is an award of damages which is designed to punish and to make an example of the tortfeasor’s objectionable behaviour, and can be awarded in addition to an ordinary award of damages to compensate for the loss caused by the tortious actions. The categories of civil claim in which a court can award this remedy were set out in Rookes v Barnard (No.1) [1964] AC 1129. The second of these categories is the situation “where the defendant’s conduct has been calculated by him to make a profit … which may well exceed the compensation payable” (Rookes v Barnard (No.1), 1226 per Lord Devlin).

Such an award was made in Tasneem v Morley, with particular reference to the need to deter behaviour that “undermines the openness and honesty which is the foundation for insurance contracts and insurance claims generally” (Tasneem v Morley paragraph 4 per HHJ May QC). Her Honour stated (at paragraph 3 of the judgment) that the claimants’ activities “straddle[d] … both the first and second categories identified in Rookes v Barnard”:

however, this comment is hard to understand given that the first Rookes v Barnard category concerns “oppressive, arbitrary or unconstitutional acts by servants of the government” (Rookes v Barnard (No.1), 1226 per Lord Devlin). It has been commented that “With respect to the learned judge, the report of Tasneem v Morley which we have may well have been somewhat garbled” (Fulbrook, J “Case comment: Tasneem v Morley” [2014] 2 JPIL 91, 94) on this point.

In Tasneem v Morley, the judge made awards of exemplary damages amounting to £2,000 per driver and a further £1,000 per additional passenger in each of the fraudulent claims (paragraph 5). However, in the later case of Direct Line Group plc v Akramzadeh (15th June 2016 unreported), Flaux J made awards of exemplary damages equating to £2,500 per individual tortfeasor (Direct Line Group plc v Akramzadeh paragraph 21). This was irrespective of their being a driver or passenger on the basis that, in the words of Mr Grant (counsel for the insurers) during trial “they were all in it together” (paragraph 20). His Lordship explained this higher award of exemplary damages on the basis of the increased need for deterrence, as fraudulent claims of this type had, since the judgment in Tasneem v Morley:

“ … become far too prevalent and it is important that these particular defendants appreciate the seriousness of their conduct and that the award of damages that is made by this court acts as a deterrent not only to these defendants but to anybody else who might be tempted to involve himself or herself in this sort of fraudulent conduct.” (paragraph 18).

Similar points might be argued in a counterclaim to a fraudulent food poisoning claim, to advocate awards of a similar or higher amount.

Upon detection of a fraudulent food poisoning claim, a tour operator should consider responding as follows:

Ross Fletcher is a Senior Lecturer at Northumbria University School of Law. 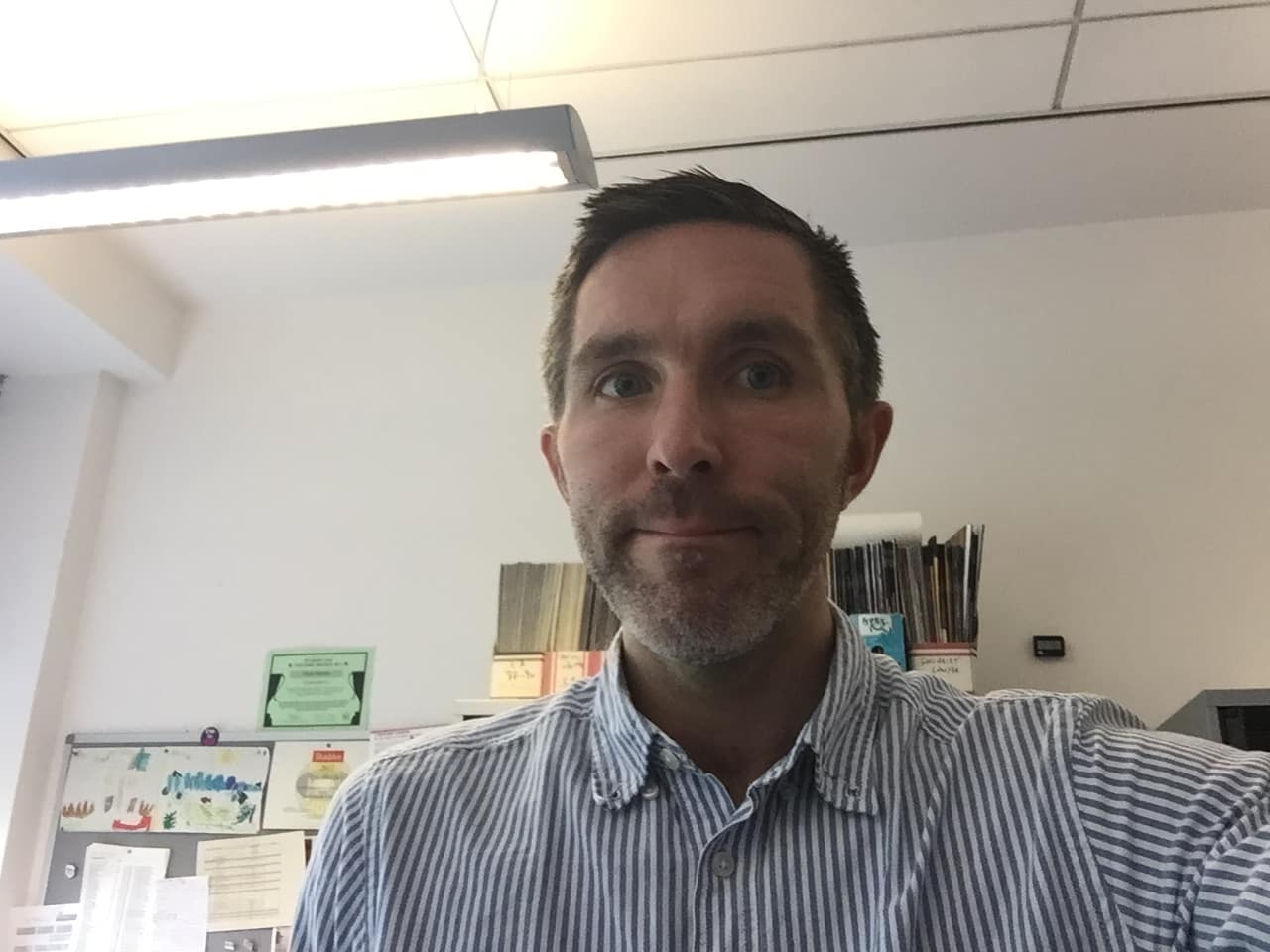 Ross Fletcher is a barrister and senior lecturer at Northumbria University.