The recent appeal in Griffiths v TUI UK Limited [2020] EWHC 2268 (QB) raised a fundamental question: what is the proper approach of the Court towards expert evidence which is ‘uncontroverted’? Its context was a package travel, gastric illness claim, where causation was – as so often – the crucial issue. 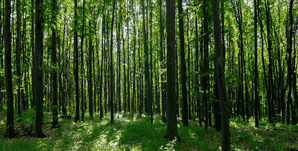 The point of departure is definitional. By ‘uncontroverted’ Spencer J explained (at paragraph 10) that the expert’s report, that of the ubiquitous Professor Pennington, was:

In other words, there was before the Court an expert report with which the Defendant did not agree but which lay effectively unchallenged in evidence. The Defendant had (unusually) had permission to obtain its own reports but not done so, had failed also to call the Professor for cross-examination preferring to take points on the adequacy of the evidence in submissions at the fast track trial. As to its contents, the report said of Mr Griffiths that it was food or drink consumed at the hotel at which he was staying was the cause of his illness.

The judge at trial, HHJ Truman, accepted the Claimant’s evidence as true and accurate. However, she did not accept the effect of the report:

‘…Counsel for the defendant was unhappy about a number of matters within the report. The Professor thought it unlikely that the claimant had been simultaneously infected with Giardia, adenovirus and rotavirus. That on the face of it would appear to suggest that the claimant had been infected on at least two separate occasions. The claimant’s history of being ill, recovering somewhat and then being ill again, might also suggest two separate infections, and indeed the report says that the possibility of there being two separate infections cannot be ruled out. Nothing further is then said about that. There is no explanation as to why the meal eaten on 7 August might not be at fault for the possible second illness and why the conclusion is that the claimant acquired his illness following the consumption of contaminated food or fluid from the hotel.

Further, counsel points to the lack of reasoning between setting out the incubation periods (one to fourteen days for Giardia, average seven), the claimant falling ill after two and then nine days after arrival at the hotel, and then saying that the illness is due to the hotel, with again nothing to say why this is so. The report makes no specific mention of the food the claimant ate at the airport before reaching the hotel (which falls within the incubation periods given), nor what he ate in the local town, and why those potential sources should be discounted. Counsel notes that, despite the Professor being asked to comment on possible breaches in health and hygiene procedures and having been provided with the hotel’s documentation on their procedures etc, nowhere is any breach, causative or otherwise, actually listed and no comments on any perceived breaches were made. Counsel submits that the court might consider that this lack of comment is because the Professor found no breaches. I also note that whilst the Professor says that a viral cause is much less likely than a bacterial one due to the fact that the claimant did not suffer from vomiting, that doesn’t explain how it was that adenovirus and rotavirus were found in the claimant. If they had no effect, or could otherwise be discounted, I would have expected the report to say in more detail why that was so, in the same way that it provided a reasoned explanation for why the claimant was not likely to be suffering from amoebic dysentery. The fact that viral infections more usually cause vomiting on the face of it means that sometimes you can have a viral infection without vomiting. Further, whilst a viral cause is apparently less likely than a bacterial one due to the lack of vomiting, I’m not clear how this fits in with the fact that only parasites and viruses were isolated in the sample, not bacteria, and the pathogens which were found were known to cause stomach upsets.

The defence had set out a number of non-food related methods of transmission for the claimant’s illness from the identified pathogens. The report does not say why any of those should be discounted in this particular case. Similarly the report does not say why the possible routes for infection listed in the Particulars of Claim (air conditioning, leakage from a baby’s nappy in the swimming pool etc) are less likely to be applicable, or, if they might be relevant, what the breaches were in the health and hygiene procedures which led to the Claimant falling ill…’

Practitioners will, of course, see the influence of the Court of Appeal’s decision in Wood v TUI [2017] EWCA Civ 11 at work in HHJ Truman’s reasoning. Specifically, the Judge plainly placed considerable store on the report’s inability to exclude other potential causes of the illness. Whilst strictly obiter, that dictum has assumed a controlling power over the law in these claims. In the event, that the report (the only one before the Judge dealing with the issue of causation) could not answer that issue satisfactorily led the Judge not to accept Professor Pennington’s conclusions on causation, and so Mr Griffiths lost.

On appeal, the Claimant argued that where expert evidence is uncontroverted it should be accepted by the Court in all circumstances, save for the exceptional. Spencer J agreed:

‘I take the view that a court would always be entitled to reject a report, even where uncontroverted, which was, literally, a bare ipse dixit, for example if Professor Pennington had produced a one sentence report which simply stated: “In my opinion, on the balance of probabilities Peter Griffiths acquired his gastric illnesses following the consumption of contaminated food or fluid from the hotel…” However, what the court is not entitled to do, where an expert report is uncontroverted, is subject the report to the same kind of analysis and critique as if it was evaluating a controverted or contested report, where it had to decide the weight of the report in order to decide whether it was to be preferred to other, controverting evidence such as an expert on the other side or competing factual evidence. Once a report is truly uncontroverted, that role of the court falls away. All the court needs to do is decide whether the report fulfils certain minimum standards which any expert report must satisfy if it is to be accepted at all…’

The implications are profound. So long as an expert’s report is compliant with Part 35 of the Civil Procedure Rules and is not, in its nature, mere assertion, then the Court must accept it. In the words of Spencer J:

‘It may be that, had the Defendant served controverting evidence, Professor Pennington
would have expanded upon his reasoning, for example in a meeting of experts, and such reasoning would have found its way into a joint statement. As it turned out, that step never became necessary because the evidence of Professor Pennington stood alone. Nor did the Defendant seek to challenge the reasoning that might have lain behind Professor Pennington’s conclusions by calling for him to be cross-examined, as it had every right to do. In those circumstances, the court must assume that there is some reasoning which lies behind the conclusion which has been reached and summarised, and that this reasoning is not challenged.’

At time of writing TUI may yet appeal. It also remains to be seen what approach defendants will take in similar cases, many of which are pending. There was nothing unusual about TUI’s approach to the trial here – it and other tour operators will more often than not take the same approach of obtaining no evidence but criticising the claimant’s expert at trial. However, given the nature of the Fast Track, where gastric claims generally run, defendants may not get permission to obtain their own reports, or to call an expert along for cross examination (and claimant firms are most unlikely to agree to joint instruction in advance). We shall have to wait and see. For now, the Court of Appeal’s decision in Wood stands, but the forest has a new and rather prominent tree.

Daniel Black is a barrister with 3 Hare Court
He can be contacted at danielblack@3harecourt.com 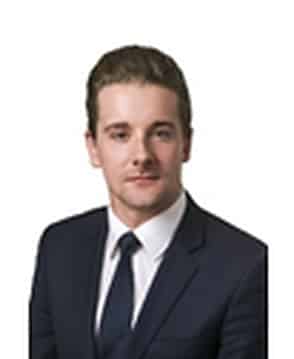