Griffiths v TUI in the Court of Appeal

The Court of Appeal has held that there is no rule that an uncontroverted expert report which complies with Practice Direction 35 of the Civil Procedure Rules (CPR PD 35) cannot be impugned in submissions and ultimately rejected by the judge. (Griffiths v TUI (UK) Ltd [2021] EWCA Civ 1442) How an expert report will be treated will depend on all of the circumstances of the case, the nature of the report and the purpose for which it is being used in the claim.

Mr Griffiths suffered a serious gastric illness, allegedly as a result of consuming contaminated food or drink at a hotel while on an all-inclusive package holiday. He brought a claim against the holiday provider TUI in contract and pursuant to the Package Travel, Package Holidays and Package Tours Regulations 1992.

TUI put Griffiths to proof as to when, where and how he fell ill. Griffiths relied on a short expert report from a consultant microbiologist addressing causation, which found that, on the balance of probabilities, he had fallen ill after consuming contaminated food or fluid from the hotel. Griffiths also relied on the expert’s answers to questions put by TUI pursuant to Part 35 of the Civil Procedure Rules (CPR 35).

TUI did not call or cross-examine the expert or serve expert evidence of its own. TUI did, however, make closing submissions to the effect that the expert report was insufficient to enable Griffiths to prove that his illness had been caused by contaminated food or drink at the hotel. 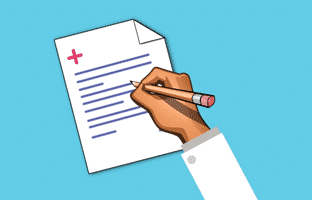 The trial judge identified serious deficiencies in the expert’s report and CPR 35 answers. The judge found that some of the expert’s assertions were bare ipse dixit, with no reasoning to support them, and emphasised that the court is not a rubber stamp that simply accepts what experts say. As Griffiths had not proved causation on the balance of probabilities, the claim was dismissed.

Griffiths successfully appealed. The High Court found that as the expert report was “truly uncontroverted” (with no factual evidence undermining it, no competing expert evidence and no cross-examination of the expert), the judge had erred in rejecting it. If an uncontroverted expert report “substantially” complies with CPR PD 35, it must be accepted by the court, and CPR PD 35 does not require experts to set out reasons for their conclusions. The High Court did not accept that the report was a mere ipse dixit.

The question for the Court of Appeal was whether, and if so in what circumstances, the court can evaluate and reject uncontroverted expert evidence.

The Court of Appeal held that there is no rule preventing an uncontroverted expert report which complies with CPR PD 35 from being impugned in submissions or ultimately rejected by the judge. If such a rule existed, the court would be bound by any uncontroverted expert report which satisfied CPR PD 35, even if the conclusion was only supported by nonsense. The Court of Appeal agreed that the court is not a rubber stamp: a trial judge must evaluate all the evidence before them and decide the weight to give to the evidence. That obligation does not fall away if evidence is uncontroverted; all evidence must be assessed in the context of the circumstances of the case. Uncontroverted evidence may be compelling, or it may not be: it may be inherently weak or unhelpful, or of little weight for other reasons.

In some circumstances expert evidence might be very brief or ipse dixit and still be acceptable. For example, a report addressing whether a certain chemical was present in a compound might acceptably span only a few sentences. But where expert evidence is an evaluative opinion, the expert must explain the basis for their conclusions, as a mere assertion will carry very little weight.

The extent of the reasoning required will depend on the circumstances. Here, it would not have taken much to rectify the deficiencies identified by the trial judge. For example, instead of properly answering one of TUI’s CPR 35 questions regarding the range of opinion, and the facts and matters relied on by the expert, the expert simply set out the approach that experts would take and stated that he had done the same. Failing to properly answer this question created an important deficiency in his evidence. Adding just a few sentences explaining the range of opinions on various matters, and where the expert’s opinion stood within each range, may have meant the burden of proof was satisfied.

Griffiths argued it was unfair for TUI to only challenge the expert’s evidence in closing submissions. He relied on the principle in Browne v Dunn: if a party intends to suggest that a witness is not telling the truth, they must give the witness an opportunity to provide an explanation. But in this case, the expert’s credibility was not in issue. There was no question of the expert being disbelieved. In its closing submissions, TUI had not suggested that the expert report was necessarily wrong, just that it did not enable Griffiths to prove causation.

Provided that an expert’s veracity is not challenged, a party may reserve its criticisms of a report until closing submissions. A defendant cannot be prevented from submitting that the case has not been proven because some of the evidence is in an uncontroverted expert report. It was right (and indeed “essential”) that the trial judge had engaged with TUI’s submissions to this effect and determined whether causation had been proved. Rather than deciding that the expert was wrong, the judge had found that the report was insufficient to prove causation and set out good reasons why.

Of course, it will not always be open to the court to reject uncontroverted expert evidence. Evidence from a joint expert which goes to the relevant issues and contains logical conclusions would be very difficult to challenge. So would coherent reports produced by two experts which cover the relevant issues and are agreed. In these circumstances it would be rare for expert evidence to be rejected and the court would need cogent reasons to do so.

At least where expert evidence involves an evaluative opinion, for a court to accept the conclusion reached or for the evidence to satisfy the burden of proof, some chain of reasoning must support the conclusion, even if it is short. Parties relying on expert evidence should be careful to ensure sufficient reasoning is included. It is their responsibility to ensure all relevant matters are covered and that the content of the report is sufficient to satisfy the burden of proof.

A party wishing to suggest that expert evidence does not satisfy the burden of proof may wait until closing submissions to do so. However, any suggestion that an expert is wrong would generally be subject to the Browne v Dunn principle and could not permissibly be raised for the first time in closing speeches. Bean LJ, in dissent, viewed this distinction as “hair-splitting”, and concluded that the court is generally bound to accept uncontroverted expert evidence if the opposing party could have cross-examined the expert on the point but chose for tactical reasons not to. Noting that the courts “should not allow litigation by ambush”, Bean LJ found that “Mr Griffiths did not have a fair trial”. Whether the Court of Appeal’s decision will be subject to further appeal on that basis remains to be seen.

Emily Fischer is an Associate with RPC
She can be contacted at emily.fischer@rpc.co.uk

Parham Kouchikali is a Partner with RPC
He can be contacted at parham.kouchikali@rpc.co.uk

[This article was originally edited by, and first published on www.lexology.com/commentary] 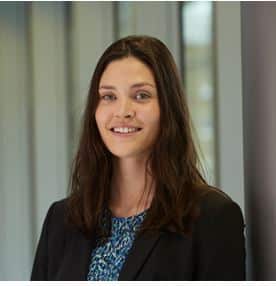