Holiday sickness claims: The ABTA proposals and the Jackson reforms

For some time now, the holiday industry has made much of the costs of holiday sickness claims, fanning the flames of the so-called compensation culture and solely focusing on those claims deemed to be fraudulent.

By doing so, however, (whether deliberately or otherwise) the industry seeks to usher in proposals that will ultimately lead to a further reduction in access to justice for genuine Claimants by effectively making it financially unviable to proceed with such a claim.

The industry seeks to adopt the same (and arguably misguided) broad sledge-hammer-to-crack-a-walnut approach that was seen in the previous Low Value RTA Reforms of 2013 by reducing and fixing the legal costs that can be recovered for genuine holiday sickness claims. Unfortunately, this approach once again has the effect of punishing genuine Claimants for the actions of those less than genuine which ultimately serves the industry by reducing its financial liability across the board.

Impact on the Industry

The holiday industry claims that the rise in “fake holiday sickness claims” could mean higher holiday costs for all and to avoid this, the legal costs recoverable for such successful claims must be reduced by making only fixed costs recoverable. A comparison is drawn with claims brought by victims of road traffic accidents and the long standing claims by the motor insurance industry that premiums are on the rise due to the amount they have to pay out for personal injury claims as a result of collisions.

The previous Low Value RTA Reforms of 2013 have been in place for over three years now, arguably “closing a loophole”, and we are yet to hear of reports of motor insurance premiums being reduced as a result. One may question if fixed costs are introduced for holiday sickness claims in the same way as RTAs, whether reduced price holidays will be a tangible result.

The actual likely impact of introducing fixed recoverable costs for holiday sickness claims is more likely to be that genuine Claimants are prevented access to justice as they will simply not be able to afford legal representation. This may ultimately lead to those genuine Claimants dealing with the holiday companies directly, for example via arbitration schemes, or the more likely possibility that they will decide not to proceed with their genuine claim at all. The reality is that the proposed fixed costs are likely in the vast majority of cases to be only a fraction of the minimum work that is required in legal time/hours alone to successfully make a genuine holiday sickness claim. This is particularly relevant on the occasions that the extent of the causation is disputed by the tour operators, necessitating ongoing litigation and an inevitable increase in work required.

In either scenario, the result is likely to be an overall reduction in the holiday industry’s financial liability to those consumers with a genuine holiday illness.

What cannot be denied, however, is that unfortunately there does exist a minority of those who do make claims that are alleged (and in some cases found) to be fraudulent, for which there can be no excuse. It is common ground between those who act for genuine Claimants and the holiday industry that fraudulent claims are reprehensible and there should be united opposition to those claims companies that tout for business (either in resorts or by ‘cold-calling’) to encourage people to make claims, whether they have genuinely suffered an illness or not.

The Solicitors Regulation Authority (SRA), has of 6 September 2017 issued a formal Warning notice in relation to holiday sickness claims. This warning advises that the SRA is “in the process of in investigating more than a dozen firms in connection with holiday claims, including over potentially improper links with claims management companies and payment for referrals of holiday sickness claims.” It is also focusing on “firms pursuing claims without the proper instructions of Claimants.” What is clear is that the SRA is taking this issue very seriously and will seek to crack down on those Claimants (and firms who represent them) who are deemed to make fraudulent claims.

The latest high-profile example of this can be seen as recently as this month in the first instance decision in the case of McClean v Thomas Cook Tour Operations Limited in which the Claimant was found to be fundamentally dishonest in bringing a claim for a holiday sickness. Amongst the various inconsistencies in the Claimant’s evidence, it was argued that the Claimant’s own social media postings demonstrated that the alleged holiday illness did not have the devastating impact as claimed. The Claimant’s claim was dismissed and the Claimant was ordered to pay almost £3,000 in wasted costs with leave to appeal refused. It is not yet known at the date of this article if the Claimant will make any further application for permission to appeal this decision.

In the event that this decision is not appealed, it cannot be denied that this is exactly the kind of scenario that the holiday industry and Claimant lawyers alike should seek to discourage and eradicate. That being said, it is far too dangerous to try and use such examples to frighten those pursuing a genuine claim.

The focus of the industry should be in distinguishing such claims from those that are genuine as opposed to simply tarring everyone with the same brush and universally attacking the ability of Claimants to afford legal representation.

Whether in direct response to the ABTAs “Stop Sickness Scams” campaign or not, Lord Justice Jackson has focused on the issue of recoverable legal costs in holiday sickness claims in “Review of Civil Litigation Costs: Supplemental Report Fixed Recoverable Costs – July 2017”.

Within this Report, Jackson LJ highlights the data provided by costs lawyers and “a number of travel businesses” (under the heading “A Large Tour Operator”) focusing on an apparent increase in the number of low-value holiday sickness claims in the past year or two, namely those arising out of alleged gastric illness. The report also states that Jackson LJ supports the government’s intention to introduce Fixed Rate Costs for holiday sickness claims which should be applied to those claims pursued individually as part of a comprehensive regime.

The proposal is to extend Fixed Recoverable Costs in the Fast Track in a new banded system with Band 2 incorporating single Claimant holiday sickness claims. Interestingly the Report does not detail any information or data of those who have long proceeded with claims for genuine holiday sickness Claimants.

Whilst it is important to remember that the Report of Jackson LJ is at this stage just a proposal, it must also be remembered that Jackson’s previous fixed costs report published in 2010 was not brought into the Civil Procedure Rules (CPR) until April 2013. If the proposals in this report are approved and incorporated, it may be some time before we find them in an updated version of the CPR.

Again, the proposals seek to further the intention of the holiday industry and ABTA to have a blanket reduction in legal fees, as opposed to focusing the attention on dealing with genuine claims expeditiously whilst opposing those it deems to be fraudulent. Undoubtedly the industry will find it much more cost effective to take such a broad approach to all claims, reducing the access to justice for genuine Claimants.

Joseph Dawson is a solicitor with Leigh Day. He can be contacted at JDawson@leighday.co.uk 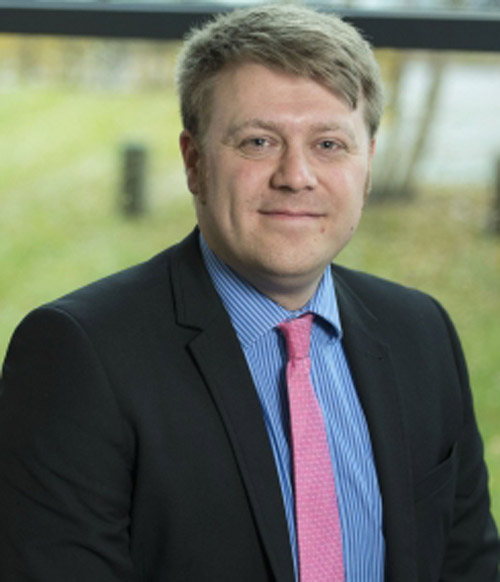 Having qualified in May 2010, Joseph joined Leigh Day’s Manchester office in November 2016 from Irwin Mitchell LLP.