Insolvent Airlines and Tour Operators: An Alternative Route to Damages

In this article the author looks at s.75 of the Consumer Credit Act 1974 (“CCA 1974”). which may soon be of increasing importance in the context of claims against insolvent airlines and tour operators.

The key statutory provision is s.75(1) CCA 1974, which provides that the creditor under a credit agreement will be “jointly and severally liable to the debtor” in “respect of a misrepresentation or breach of contract” by the supplier. The Act applies to “any single item to which the supplier has attached a cash price” of more than £100 or less than £30,000. Nowhere in the act is “single item”, “attached” or “cash price” defined, so it is arguable that multiple flights which individually cost less than £100, but together over £100, come within the ambit of s.75. However, it is the value of the goods, not the amount paid that matters. A £50 deposit on a credit card for a £5,000 package holiday would be covered by s.75. Further, even transactions which are only part-financed using a credit card will have the protection of s.75, under which there is no limit to the amount of the creditor’s liability. The rights conferred by s.75 cannot be excluded by agreement, per s.173(1), and exist notwithstanding that the debtor, in entering into the transaction, exceeded the credit limit, per s.75(4).

The liability of creditor and supplier is joint and several, meaning that consumers may choose to bring a claim against either or both. Even if the claimant first brings proceedings (and obtains judgment) against the supplier for breach of contract, the creditor can still be joined to the proceedings under s.75(5) (for example to enforce the judgment). Section 75(5) enables the court to dispose of all issues relating to liability in one action.

Debtor is defined at s. 189 of the CCA 1974 as “the individual receiving credit under a consumer credit agreement or the person to whom his rights and duties under the agreement have passed by assignment or operation of law”.

The position vis-à-vis the rights of beneficiaries and third parties is unclear. If the consumer protection rationale of the CCA 1974 is to be honoured then arguably these classes of individuals ought to be included as “debtors” on a purposive reading of the Act. On the other hand, this interpretation arguably runs contrary to the normal meaning of the words (only the contractor is the “person receiving credit” under the agreement); the express reference to the possibility of assignment to third parties arguably suggests that this is the means by which third parties are intended to receive rights under the Act.

When the House of Lords came to consider s.75 of the CCA 1974 in OFT v Lloyds TSB [2007] UKHL 48, Lord Mance highlighted that the Crowther Report, which preceded the Act and received cross-party support “recognised that the effect of s.75(1) would be to impose on card issuers irrecoverable losses, but took the view that card issuers were better able to bear them than cardholders” at [38].

Section 75(1) CCA 1974 can also be relied upon where the breach of contract or misrepresentation relates to a foreign transaction which was financed with credit, as confirmed in OFT v Lloyds TSB [2007] UKHL 48. The House of Lords held that s.75(1) is not limited in application to domestic supply transactions, so consumers will be able to rely on it even if the transaction being financed is executed overseas. For example, where an agreement is entered into with a foreign hotel and that booking is cancelled or the terms on which it is provided are breached, then the CCA 1974 will in principle apply. This is particularly useful where the debtor cannot practically recover his losses as against the overseas supplier, or where he would have to issue proceedings in a foreign jurisdiction. This means the creditor will be jointly liable for a like claim even where it might not be able to contact the foreign supplier (making it very difficult to defend the claim) or enforce its indemnity. This reflects the focus of the Act on consumer protection.

Jurisdiction in the Context of Timeshares

Section 75 was also considered by the Court of Appeal in Jarrett v Barclays Bank plc [1999] QB 1 for claims concerning misrepresentation and breach of contract in relation to overseas timeshare agreements. The defendant banks sought to resist liability in the English Courts by relying on art. 16 of the Brussels Convention, which gave exclusive jurisdiction to the court of the contracting state in which the property was situated in proceedings concerning tenancies for immovable property. The Court of Appeal concluded that the timeshare agreements were tenancies and accordingly the overseas courts had exclusive jurisdiction over proceedings directly relating to those agreements, but, notwithstanding this, the English court’s jurisdiction over the claims brought under the CCA 1974 was not excluded. The court held that when s.75(1) refers to a “like claim” it presupposes some differences between the claim against the supplier and the creditor, however that phrase could not be read as importing into the claim against the creditor any jurisdictional requirement applying to the supplier. More importantly, the Court of Appeal held that the claims under the CCA 1974 were based on the credit agreements, not the timeshare agreements, and therefore the consumers were not bringing proceedings whose object was the tenancies. The takeaway is that it will be difficult to exclude the English Courts jurisdiction for claims under the CCA 1974.

Section 75 of the CCA 1974 is highly relevant to practitioners undertaking cross-border and travel work. This is particularly so for claimants who seek to bring proceedings against an insolvent company or a foreign-domiciled party. The former is particularly acute in circumstances where, due to the impact of COVID-19, tour operator and airline insolvency seems increasingly likely. More fundamentally, the CCA 1974 steps in when a buyer’s protection against the supplier is not sufficient. In this way the CCA 1974 is best understood as an instrument of redistributive justice. Creditors who take the benefit of providing credit should also take the burden. The risk that that supplier may act in breach of its contract with the consumer will be priced into the cost of credit. The CCA 1974 is a much underused piece of legislation in this context and may well come to the fore of travel litigation over the coming years.

[This article first appeared in James Beeton’s “International and Travel Law Blog” and is re-published with permission.] 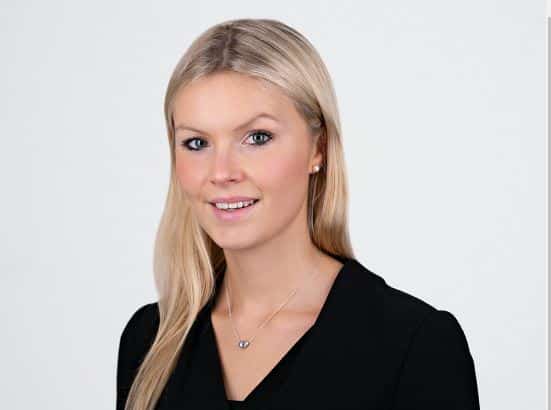