It seems that once the Court of Justice of the European Union starts commenting on Regulation (EU) 261/2004 (the Denied Boarding Regulations, do keep up), it just can’t stop. This week brought another decision, albeit this one focussed more on Regulation (EU) 1215/2012 (recast Brussels, to you and me).

The facts are not unfamiliar. A passenger had assigned to DelayFix his right to claim for €250 for the cancellation of a Ryanair flight. Ryanair refused to pay DelayFix, on the basis of an exclusive jurisdiction clause in its standard terms and conditions which stated that any claim against it had to be brought in the Irish courts. 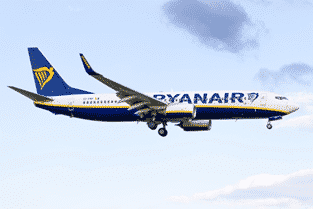 The Polish court at first instance rejected Ryanair’s jurisdictional argument and accepted jurisdiction over the claim, on the basis that the jurisdiction clause was an unfair contract term within Directive 93/13 (the Unfair Contract Terms Directive – honestly, why don’t they just name them?), and that DelayFix was not bound by it in any event, not having been a party to the contract between the passenger and Ryanair.

Ryanair appealed on the basis that because DelayFix was not a consumer, they could not benefit from provisions of European law expressly designed to assist consumers (and not assignees). The appeal court referred the question to the ECJ of whether an assignee of consumer rights could be regarded as a consumer; or failing that, whether it could be treated as if it were a consumer.

The Warsaw Regional Court put the question in this way:

‘Should Articles 2(b), 3(1) and (2) and 6(1) of Directive 93/13 … and Article 25 of Regulation [No 1215/2012], as regards examination of the validity of an agreement conferring jurisdiction, be interpreted as meaning that the final purchaser of a claim acquired by way of assignment from a consumer, which final purchaser is not a consumer himself, may rely on the absence of
individual negotiation of contractual terms and on unfair contractual terms arising from a jurisdiction clause?’

The CJEU answered the question in this way:

“Article 25 of Regulation (EU) No 1215/2012 of the European Parliament and of the Council of 12 December 2012 on jurisdiction and the recognition and enforcement of judgments in civil and commercial matters must be interpreted as meaning that, in order to contest the jurisdiction of a court to hear and determine an action brought for compensation under Regulation (EC) No 261/2004 of the European Parliament and of the Council of 11 February 2004 establishing common rules on compensation and assistance to passengers in the event of denied boarding and of cancellation or long delay of flights, and repealing Regulation (EEC) No 295/91 and against an airline, a jurisdiction clause incorporated in a contract of carriage concluded between a passenger and that airline cannot be enforced by the airline against a collection agency to which the passenger has assigned the claim, unless, under the legislation of the Member State whose courts are designated in that clause, that collection agency is the successor to all the initial contracting party’s rights and obligations, which it is for the referring court to determine. Where appropriate, such a clause, incorporated, without having been subject to an individual negotiation, in a contract concluded between a consumer, that is to say, the air passenger, and a seller or supplier, that is to say, the airline, and which confers exclusive jurisdiction on the courts which have jurisdiction over the territory in which that airline is based, must be considered as being unfair within the meaning of Article 3(1) of Directive 93/13/EEC of 5 April 1993 on unfair terms in consumer contracts.”

The clause was unfair, and the assignee could rely on that unfairness in asking the court not to apply it.

Ryanair must have seen this result coming, because between referral and judgment it made the €250 payment and then asked the Court not to consider the question referred to it, on the basis

that there was nothing left for the parties to argue over. The Court gave this tactic short shrift, however, on the basis that although one refund had been made, others were still outstanding.

Self-styled King of the Skies Michael O’Leary is unlikely to be happy about this; claims management companies have been targeting Ryanair ever since the Denied Boarding Regulations came into force, and only the operation of Ryanair’s exclusive jurisdiction clause has been able to stop them (cf the decision of Liverpool County Court in Menditta v Ryanair, unreported, April 2017, in which the author had the honour of appearing). Now, it seems, it’s likely to be Open Season on such claims.

Sarah Prager is a Barrister with 1 Chancery Lane
She can be contacted at sprager@1chancerylane.com