This case concerned an accident to Mrs Chelton on 26 September 2013, whilst on a river cruise package holiday provided by Saga. Mrs Chelton, who was 79, was travelling on a river cruise vessel “The Douro Princess” in Portugal, when she was injured by a sliding door which closed on her whilst she was walking through it.

She had just returned to the ship from an excursion and was going to her cabin when she was struck on the shoulder, causing her to fall to the ground. She suffered a laceration to her forehead and a fractured left kneecap. General damages were agreed at £24,000 and special damages at £15,000.

Mrs Chelton claimed that a few days before her accident, her husband, Captain Chelton, had also been hit by the same doors when he was passing through them. Apparently the left hand door suddenly closed, knocking him off balance. Unfortunately, the Cheltons didn’t report that incident to anyone on board the vessel, including the Saga representative and it was Saga’s evidence that no-one from Saga or the ship’s company knew of anything wrong with the doors. The Saga representative had noticed that the doors were slow to open on occasions but thought nothing of it and did not see them as a danger to anyone.

The judge found that both incidents occurred as alleged by the Cheltons and that they were probably due to an intermittent fault, which caused the doors to malfunction. The issue was whether Saga should be liable to Mrs Chelton because of that fault. The judge accepted that no-one knew about it and that the incident involving Captain Chelton had not been reported, nor indeed had any others. There was evidence from Saga as to the lack of any prior complaints and also written evidence from the ship’s engineer setting out a weekly check of his own, plus a system of quarterly maintenance by a specialist contractor, supported by invoices recording no defects on the recent inspections.

When allocation questionnaires were filed, it was expected that the claimant would seek a direction to rely upon expert engineering evidence to establish why the fault occurred and show that either the ship failed in its duties to properly maintain and service the doors or show some other breach of local standards. The claimant, however, sought no direction for expert engineering evidence, preferring instead only to seek evidence from local Portuguese lawyers. Consequently, solicitors for the defendant advised them not to seek their own engineering evidence, calculating that without such evidence the claim could not succeed.

By the date of trial, the parties had exchanged reports from Portuguese lawyers who agreed that there were no safety or other regulations directly applicable to the maintenance of sliding doors on board river cruise vessels. Their reports contained no evidence of any relevant local custom or practice of maintenance of such doors, although the claimant’s expert attempted to give anecdotal evidence in this regard, whereas the defendant’s expert simply conceded she was not an expert so could not give such evidence. The experts did give evidence concerning the substantive law of Portugal, which created a “duty of vigilance” requiring consumers to be kept safe. This duty provided a very high degree of protection from injury and provided for reversal of the burden of proof in certain situations, where cases are dealt with before the Portuguese courts. The claimant’s expert referred to a reported decision of the Portuguese Supreme Court in favour of a claimant who was struck by a supermarket sliding door – and argued that this showed that liability should attach to the Douro Princess and therefore to Saga.

The claimant’s counsel invited the court to draw inferences from the circumstances of the two incidents and find that there had been a want of care on the part of the Douro Princess operators in respect of maintenance by reference to the local duty of ‘vigilance’ under the Portuguese Civil code. The claimant’s counsel argued that this duty of vigilance was a local standard as set out in Lougheed v On the Beach Ltd [2014] EWCA Civ 1538 at [5].

The Court rejected the claimant’s argument. Recorder Browne-Wilkinson QC found it to be misconceived, on the basis that Portuguese substantive law was irrelevant to the test of the exercise of reasonable skill and care under the holiday contract. The judge had already queried the claimant’s approach in closing submissions, criticising the absence of any evidence of typical maintenance systems for sliding doors at premises or on ships in Portugal. The claimant had also argued that failure by the tour representative to report difficulty operating the doors (which she had experienced on occasions, though she had not seen them close suddenly) amounted to negligence. The claim was dismissed.

Whether the claim could have succeeded had the claimant relied upon expert engineering evidence will always remain uncertain; perhaps the ship’s maintenance regime and system of inspection was good enough and complied with local standards. Certainly that was the defendant’s contention. The fact is, however, that the court simply had no evidence upon which to make such an assessment and so the decision not to query the claimant’s failure to request engineering evidence was fully justified. Without this, the claimant’s case appears to have been fatally flawed from the outset.

This case shows that it is risky for claimants to rely only upon legal experts to identify a local standard where it becomes apparent that there is no specific regulation. Conversely, defendant tour operators should not readily accept such evidence when claimants seek to rely upon it – what a foreign court might do is not strictly relevant to liability at English law (though it might be indicative in some situations). The case underlines the need to call evidence of local specialists in the relevant field even where the local law apparently creates a culture which provides consumers with a very high degree of protection. Such a culture may imply a high local standard of practice, but it does not prove it. There can be no substitute for proper evidence of the local standards, customs or practices, relevant to the facts of the case in question.

The judgment can be found here.

Emma Bond is a Director with Hextalls Ltd. She can be contacted at emmabond@hextalls.com 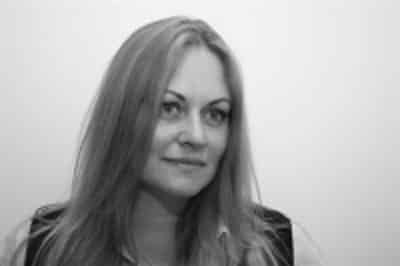 Emma Bond has over 17 years’ experience working within the travel industry.