On 22 June 2017, the Air Travel Organisers’ Licensing Bill (the ‘ATOL Bill’) was introduced to the House of Commons and given its first reading.

It is the first real indication of how the Government will reform existing legislation to bring it into line with the new Package Travel Directive (‘New PTD’). Here is what you need to know about it.

The New PTD was formally adopted by the EU on 25 November 2015. It represents the biggest change in the regulation of holiday sales since the introduction of the original Package Travel Directive in 1990. It significantly increases the footprint of what is a ‘package’, as well as introducing a concept of ‘package lite’ known as Linked Travel Arrangements (‘LTAs’). Click here for a fuller summary of the key changes.

On 28 October 2016, the Department for Transport (‘DfT’) launched the first Government consultation on implementation of the New PTD (the ‘Consultation’). This was focussed solely on how the ATOL scheme should be changed to implement the New PTD – see here for a summary of the Consultation and its outcome.

The New PTD allows travel companies to use the insolvency protection regime of the place of their establishment to cover all EEA-wide package sales. It is potentially a very attractive proposition as it will allow travel companies to centralise their arrangements and avoid having to comply with the insolvency protection regime of each market into which they sell.

At first glance, this would appear relatively uncontroversial, but it could be problematic. This is because the ATOL Regulations 2012 apply more broadly than the New PTD. Specifically:

This begs the question as to precisely what sort of travel arrangements will be caught by UK-established travel companies using their ATOL to sell throughout the EEA. Will it just be package sales, as anticipated by the New PTD, or will it also include Flight-Only and Residual Flight-Plus, as currently anticipated by the ATOL Regulations 2012?

This issue has the potential to make the ATOL scheme unattractive as an EEA-wide solution for insolvency protection. It will mean UK-established travel companies having to cover travel arrangements which, according to the law of the market into which the travel company is selling, may not have to be protected. This would put those ATOL users at a competitive disadvantage when compared to local operators and so it may simply be more efficient to take out insolvency protection arrangements in each place of sale. We await the proposed amendments to the ATOL Regulations 2012 with bated breath on this issue.

As a consequence of the new rules which allow companies established in the UK to use their ATOL for insolvency protection when selling into other EEA countries, the ATOL Bill also creates powers for the CAA to request information about these EEA sales. The ATOL Bill also creates the power for the CAA to require information from some European airlines which are established outside the UK.

The ATOL Bill introduces a power for the Government to remove Flight-Only from the ATOL Regulations 2012. At this stage, it is only a power and it would be surprising to see Flight-Only removed from the ATOL Regulations 2012 anytime soon. The Government was very clear in the Consultation that removing Flight-Only was something under consideration in the longer term and that, at that stage, it was only seeking industry views so that it could set a policy direction and develop proposals for further consultation.

In spite of the clear indication that Flight-Only will remain within the ATOL Regulations 2012 in the short term, the Government has decided to do the groundwork now so that it has clear legal authority to make this change. We will have to wait and see the draft text of the proposed amendments to the ATOL Regulations 2012 to understand whether the Government has decided to bring this change forward.

The Consultation suggested that LTAs (which include a flight) might not be included within the ATOL scheme. It sought views on whether LTAs should instead be protected by some market-based solution. The industry was less than keen on this option, preferring instead to include LTAs within the ATOL scheme. However, in order to ensure that the Air Travel Trust is not exposed to the risk of failed LTAs, the ATOL Bill allows the Government to create a new Air Travel Trust (and associated levy) which will cater just for LTAs.

The ATOL Bill is passing through Parliament at a rate of knots. It was given its first reading on 22 June 2017, second reading on 3 July 2017 and the committee stage, report stage and third reading are all due to take place on 11 July 2017. If this pace continues, it will become law very quickly, following which the real business of amending the ATOL Regulations 2012 should begin to take place.

He can be contacted at rhys.griffiths@fieldfisher.com 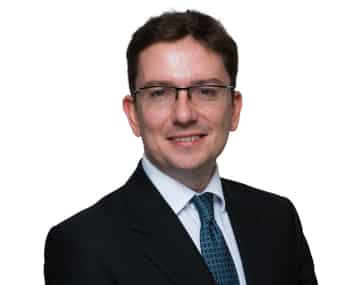