Home Resources TLQ Online New Proposal for the Revision of Regulation (EC) 261/2004: What Could be the Main Changes for Airlines?

New Proposal for the Revision of Regulation (EC) 261/2004: What Could be the Main Changes for Airlines?

In this article the author makes out a case for amending Regulation 261 to make it more acceptable to airlines.

Regulation (EC) 261/2004 (‘Regulation EU261’) was introduced to protect the quality of service delivered to air passengers in Europe and by European carriers by implementing rules on compensation and assistance in the event of denied boarding, cancellations, long delays and involuntary downgrading. The scale of its potential impact is considerable. According to Steer1, in 2018, among flights within the scope of Regulation EU261, 1.4% of flights were delayed over 2 hours and 1.7% of flights were cancelled. Among 1,120,837,000 passengers who travelled in 2018, 3.1% of them were affected by these events.

Throughout the years, this Regulation has proved contentious and this has led to a large number of considerations of it by the European Court of Justice (‘ECJ). The ECJ has in turn extended the scope of the regulation, interpreting it in ways that can be said to violate legal certainty. Most notoriously, the ECJ extended Regulation EU261’s Article 7 right to compensation to situations of long delay in arrival by its Sturgeon decision, a right not contained in the Regulation itself and which has extended its scope significantly.

A 2019 study into Regulation EU261 by the European Regions Airline Association (‘ERA’) shows that the airlines considered in their report have increased by 326% the amount spent on passengers in respect of Regulation EU261 compensation, care and assistance costs since 2016. Furthermore, those costs spent were approximately 296% more than the price the passengers pay for their tickets.

The compensation payable under Regulation EU261 is almost automatic as the passenger does not need to prove a prejudice to obtain it and the only available defence (the ‘extraordinary circumstances’ defence) has been severely cut down by successive decisions of the ECJ. The main consequence has been the establishment of claim agencies, and according to the ERA study, 50% of compensation is given to agencies, rather than to passengers directly, with the passenger then, in some cases, having to pay up to 50% of their compensation to the claim agency. A number of their practices have also been highlighted as problematic by passenger representatives.

The controversies listed above demonstrate the need to revise this regulation. The European Commission have had this revision on their agenda since 2012, and submitted their first proposed revision in 2013. Despite two years of debate in the European Parliament, this proposal was dropped. The Commission mandated Steer in 2019 to complete a study which reported the main developments in air passenger rights since the Commission’s revision proposal in 2013. For this report Steer interviewed the stakeholders of the industry such as airlines, airports, consumers associations, passengers and authorities. On 13 February 2020, the Croatian presidency of the Council of the EU released a new proposal amending the Commission’s proposal from 2013.

The main proposed amendments to the current Regulation EU261 are the following:

This proposal also provides an exhaustive list of circumstances considered as extraordinary, which could be a major change for airlines and jurisdictions if it is adopted by the EU Parliament. Among this list of twelve extraordinary circumstances are environmental disasters, a meteorological condition, a collision of birds or other animals, disruptive passenger behaviour endangering the safe operation of the flight or a hidden manufacturing defect.

As explained above, Regulation EC261 is a financial burden for carriers and its revision is necessary. One of the reasons is the uncertainty of what is considered to be an extraordinary circumstance, along with the limitation of situations in which this defence can be used in practice. The exhaustive list of these circumstances in the revision should finally cease the discussions between European jurisdictions and give airlines legal certainty. Moreover, European courts have been congested over the years with claims relating to this regulation and this revision could reduce considerably the number of litigated claims.

The proposed revision on the extraordinary circumstances defence to expressly include an unexpected flight safety shortcoming also puts safety back at the centre of passengers’ interests. Unlike the ongoing ECJ approach, which creates a potential conflict between the interests of safety and commercial interests by putting unnecessary pressure on the carrier proceeding with a flight so as to avoid incurring any compensation obligation and by doing so risk compromising flight safety.

This proposed revision also extends the timeframe for delays qualifying for compensation, which is currently 3 hours. Passengers would only be entitled to claim compensations for delays of 5 hours, or up to 12 hours for extra-EU journey of 3500km or more. This will significantly reduce the number of claims eligible for compensation.

Another considerable change for airlines would be the 10 day period after the passenger’s request for the airline to answer and pay compensation. This is especially so for major carriers selling journeys with stop overs, rather than simply selling point-to-point tickets. Airlines will have to set up a new process to respect this time requirement. This brings up another problem as to whether airlines could be sanctioned if they do not manage to comply with it. Furthermore, the 10 day time requirement would reinforce a contradictory timeframe between airlines and consumers. The time limit for passengers to bring an action depends on national rules. These are varied and long, for example in England the time limit is six years, and in France it is 5 years. A carrier therefore remains exposed to claims for a considerable time but with this revision the airline would have to answer the claim within 10 days and gather evidences of an extraordinary circumstance for a flight that could have been cancelled several years ago.

Since its implementation, Regulation EC261 has had a major impact on airlines finances. The extension of its scope by the ECJ has generated a violation of legal certainty for carriers whom cannot anticipate outcome of judgments as they should be able to.

The decision of the ECJ dated 11 June 2020 in LE v Transport Aéreos Portugueses is a further example of the burden that the Court places on carriers. The third ruling of the judgment is about what constitute a ‘reasonable measure’ which releases the carrier from its obligation to pay compensation. The judges held that this element of the extraordinary circumstances defence would not be satisfied unless there was no other possibility of direct or indirect re-routing by a flight operated by the carrier itself or by any other air carrier and arriving at a time which was not as late as the next flight of the air carrier concerned, or unless the implementation of such re-routing constituted an ‘intolerable sacrifice’ for that air carrier in the light of the capacities of its undertaking at the relevant time, which is a matter for the national court to assess. Once more, the ambiguous drafting of the Regulation has therefore led to an extensive interpretation, to the detriment of the carrier.

Thus, the revision of this Regulation is crucial for the carriers and despite some weak points in the proposed revision such as the 10 days claim response requirement, it represents a step towards a fairer balance between the interests of passengers and airlines. Many of the new elements if they are adopted would alleviate the financial costs for carriers. Hopefully this revision will not suffer the same destiny as the 2013 proposed revision.

Sophie Dorion is currently a trainee lawyer.
This article was written whilst she worked as a paralegal in Clyde & Co’s aviation team in
London as part of her professional training for the Paris Bar. 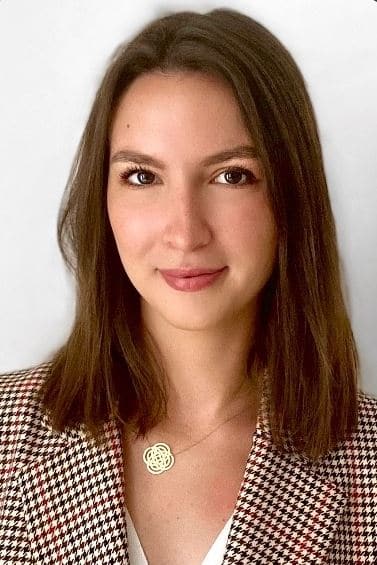