More than 11 years after the incident giving rise to the litigation, the UK Supreme Court (“UKSC”) has given judgment in the case of X v Kuoni. Mrs X has finally succeeded in her long-running attempt to hold Kuoni liable for the horrific incident she endured while staying at a four-star hotel in Sri Lanka on a package holiday with the tour operator. The judgment from the UKSC follows a reference to the Court of Justice of the European Union (CJEU) on the proper interpretation of provisions of the Package Travel Directive 1990 (“PTD”).

This directive creates a unique form of liability for tour operators and restricts the defences available when something goes wrong on a package holiday.

When the Court of Appeal provided its judgment in the long-running case of X v Kuoni in 2018, there was widely-held concern that the English courts had veered significantly off-track in its interpretation of the consumer protection required by the PTD. Now, the UKSC has confirmed that it is necessary to take a broad view of the obligations owed by a tour operator to its holidaymakers.

The interpretation of the holiday contract should reflect that its purpose is to provide the holidaymaker with an enjoyable experience. The tour operator will be liable for the improper performance not only of the fundamental aspects of a package holiday such as transport, accommodation and meals, but also ancillary services. This includes hotel employees assisting guests within the hotel grounds, as such services are necessary to provide a holiday of a reasonable standard by the tour operator.

The UKSC has also confirmed that it is necessary to take a narrow view of the defences available to tour operators under the 1992 Package Travel Regulations.

In July 2010, Mrs X and her husband were staying at the Club Bentota Hotel, Sri Lanka, as part of a package holiday booked with the high-end specialist tour operator Kuoni. In the early hours of 17 July 2010, Mrs X was walking through the hotel grounds when she came upon a hotel-uniformed employee. After asking him for directions to the reception, the employee led Mrs X to an engineering room, where she was sexually assaulted and raped.

Mrs X brought a claim for damages against Kuoni pursuant to the express terms of the package holiday contract and under Regulation 15 of the 1992 Package Travel Regulations (“the 1992 Regulations”). The 1992 Regulations implement the PTD and impose liability on Kuoni as the tour operator for the proper performance of the package holiday contract. This is irrespective of whether those obligations are performed by the tour operator directly or by its local supplier of services.

Kuoni denied liability. It defended the claim on the basis the employee’s actions did not form part of the holiday arrangements and were outside the scope of the tour operator’s obligations under the contract. Kuoni also argued that the employee was not a ‘supplier of services’ for whom Kuoni could be held liable. Kuoni sought to rely on the foreseeability defence permitted by the 1992 Regulations, namely that the improper performance was due to an event which “the other party to the contract [Kuoni] or the supplier of services [the hotel], even with all due care, could not foresee or forestall”. Importantly, Kuoni argued that in this context the supplier was the hotel and not the employee.

High Court and Court of Appeal

Mrs X’s claim was dismissed in the High Court, with the trial judge concluding that “holiday arrangements” did not include a member of the hotel maintenance staff conducting a guest to reception. The Court of Appeal agreed, with the majority also finding that the Package Travel Regulations were not designed to facilitate a claim against a tour operator for wrongful conduct by an employee of a supplier where that conduct was not part of the role in which he was employed. The majority found the claim should also fail because the employee was not a ‘supplier of services’. The supplier of services was the hotel, and in the majority’s view, this was the only way in which the foreseeability defence available to tour operators under the 1992 Regulations could have any effect.

A wrong turn for consumer protection?

Under the PTD, it was intended that the tour operator would be held liable even where the improper performance of the contract was attributable to the supplier or the supplier’s employee, provided the actions in question fell within the scope of the obligations and services forming part of the package holiday contract.

The difficulty with the High Court and Court of Appeal’s decision is that it adopted an unrealistic view of which holiday services the holidaymaker could expect the tour operator to be liable for if things go wrong.

On a strict interpretation, the Court of Appeal’s decision would prevent injured holidaymakers from pursuing the tour operator where it is not the tour operator’s supplier (i.e. the hotel or the transfer company) that was at fault but rather the supplier’s employee. This would prevent the tour operator from being held liable in several obvious scenarios, including where an accident on a transfer coach is caused by the negligent driving of the coach driver employed by the local transfer company. Similarly, where a cleaner employed by the local hotel has failed to erect a wet floor sign after mopping a hotel corridor.

The local supplier performs its part of the bargain under the package holiday contract the holidaymaker has with the UK tour operator through their employees or contractors locally in the resort. It is perverse for the English courts to have found the tour operator could not be liable because the conduct giving rise to the claim was caused by the supplier’s employee and not the supplier itself.

The decision of the CJEU and UKSC

X v Kuoni eventually made its way to the CJEU, where the objective of consumer protection underpinning the PTD took centre stage.

From the outset, the CJEU made it clear that the courts must adopt a purposive interpretation when looking at the PTD, which aims to achieve a high degree of consumer protection. The CJEU noted that the PTD only envisaged limited circumstances in which member states could provide tour operators with a means of avoiding liability. Those circumstances were restricted to situations where the improper performance of the package holiday contract was:

The CJEU observed that package holiday contracts involve a special type of contractual liability and limit the parties’ freedom by making the tour operator liable for the proper performance of the obligations arising under the contract, even where the tour operator’s local supplier performs those obligations. While the CJEU found that an employee of the supplier does not fall within the definition of a “supplier of services”, this does not prevent the employee’s actions from being treated in the same way as those of the supplier who employs that employee to fulfil its obligations to the tour operator.

The CJEU held that the scope of the obligations falling within the package travel contract must not be interpreted restrictively; those obligations could be wide-ranging. This broad approach heavily influenced the UKSC’s decision, which reflects the reality of a package holiday contract and the variety of services the holidaymaker has paid to enjoy. If there is improper performance of an obligation arising under the package travel contract and that improper performance is by an employee of a supplier of services, then the tour operator is liable for the damage caused to the holidaymaker.

Consequently, the UKSC held that the hotel employee’s conduct in escorting Mrs X to the hotel reception formed part of the holiday arrangements. The tour operator is liable for the improper performance of the holiday arrangements under the terms of the package travel contract and the terms implied by the 1992 Regulations. The UKSC, applying the guidance from the CJEU, found that Kuoni could not rely on the foreseeability defence because the defence does not apply where the improper performance is the result of acts/omissions of an employee of the tour operator’s supplier: in the case of Mrs X, the conduct of the electrician employed by the hotel.

In practical terms, there appears to have been a tacit acknowledgement by tour operators that the outcome of X v Kuoni in the Court of Appeal was wrong and was on the path to being corrected by the UKSC via the reference to the CJEU.

The UKSC decision properly reflects the liability regime imposed on tour operators selling package holidays. It reflects the context in which a holidaymaker books a package holiday and the extent and reach of the contract where a wide range of holiday services are being provided by the tour operator’s overseas supplier and the supplier’s employees. Holidaymakers are entitled to expect tour operators to exercise a reasonable degree of diligence when selecting overseas suppliers to ensure holidays are delivered to the highest standards.

Where does it leave liability under the 2018 Regulations?

There is no equivalent to the foreseeability defence available under the 1992 Regulations, although the UKSC’s decision shows that the defence provides only limited protection to tour operators in any event.

The change in wording in the new regulations, imposing liability on the travel organiser for the performance of the package travel contract even if ‘other travel service providers’ provide the service, could give rise to a new battleground. If it does, then even though the UK courts will no longer be able to refer questions of interpretation to the CJEU, it is arguable that the same high degree of consumer protection and a broad view of what the tour operator is liable for under the 1992 Regulations should apply equally under the 2018 Regulations. These latest regulations aim to enhance the rights of those who suffer serious injury while on the wide range of holidays now sold by UK based tour operators. 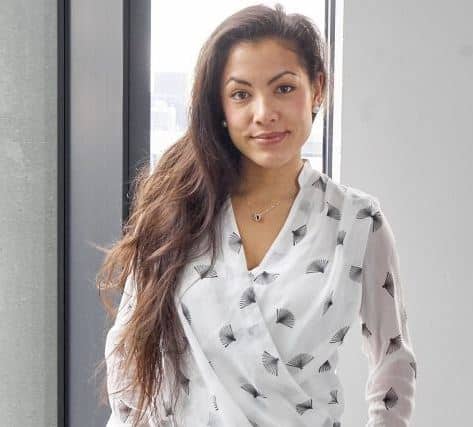