The holidaymakers who missed out on their holiday

The deluge of refund claims has well and truly begun, and anecdotally it appears that the decisions of the County Courts are something of a mixed bag. In Kirk v We Love Holidays, unreported, 22nd March 2022 in an appeal from a decision of a Deputy District Judge, Her Honour Judge Howells, sitting at Wrexham County Court, has provided guidance as to the approach to be taken in considering claims brought under Regulations 11 and 12 of the Package Travel and Linked Travel Arrangements Regulations 2018.

BC (Before Covid) Mr and Mrs Kirk had booked a package holiday to the Greek island of Kos, departing on 29th September 2020 and returning on 13th October 2020. Throughout the holiday they and their children were to be accommodated at the Grecotel Kos Imperial Thalasso hotel in Psalidi. Then Covid struck. The Grecotel closed, and the tour operator offered the Kirks an alternative hotel, the Michaelangelo, of similar rating four minutes’ drive away. The substitute hotel was similar in all respects to the first, having all the same facilities and being located in the same resort. The Kirks, understandably concerned about the global pandemic raging through Europe, did not wish to go on holiday, and refused to accept the substitution. 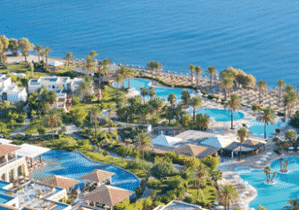 In the event, at the time of the substitution and of the holiday the Foreign, Commonwealth and Development Office advised against travel to some Greek islands, but, crucially, considered it safe to travel to Kos. The Michaelangelo remained open, the flights took place as scheduled, and a jolly good time was had by all, apart from the Kirks, who were provided with a refund in respect of the accommodation but not the flight component of the holiday. The tour operator justified this partial refund on the basis that because the flights had operated, the carrier had not refunded the cost of them, and so no refund was available to pass on to the passengers, who were not entitled to one under the terms of the holiday contract.

The Kirks brought proceedings seeking the part of the holiday price not refunded to them – the cost of the flights. At first instance the Deputy District Judge found for the Kirks on the basis that their claim fell within Regulation 12(7), which reads:

(a) the performance of the package, or

(b) the carriage of passengers to the destination,

the traveller may terminate the package travel contract before the start of the package without paying any termination fee.

(8) Where the package travel contract is terminated under paragraph (7), the traveller is entitled to a full refund of any payments made for the package but is not entitled to additional compensation.”

The judge found that the closure of the Grecotel was an unavoidable and extraordinary circumstance occurring at the place of destination and that it significantly affected the performance of the package.

The Defendant appealed this finding on the grounds that: 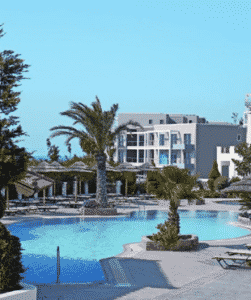 HHJ Howells found these arguments persuasive and allowed the appeal on this basis.

The matter did not end there, however. The Kirks sought to have the decision upheld on the grounds that even if Regulation 12(7) was not engaged, Regulation 11 was. It will be recalled that Regulation 11 provides:

“(2) The organiser must not unilaterally change the terms of a package travel contract before the start of the package, other than the price in accordance with regulation 10, unless—

(a) the contract allows the organiser to make such changes;

(b) the change is insignificant; and

(c) the organiser informs the traveller of the change in a clear, comprehensible and prominent manner on a durable medium.”

Given that the judge at first instance had found as a fact that the substitution was for a like for like hotel, however, that contention was bound to fail; the alteration was permissible by reference to the terms of the contract, and it was not significant. More than that, the substitution of the hotel was not in itself an alteration of the terms of the contract, but only of the manner in which those terms were complied with; accommodation at a particular hotel formed no part of the contractual terms between the parties, therefore no alteration had taken place.

This judgment is useful for those defending refund claims; but it is also a salutary reminder that claims made under the Regulations are, first and foremost, contractual claims. The express terms of the contract were the starting point for consideration of the interpretation of the Regulations, and it was the express terms, in the event, which saved the day for the tour operator. Of course it helped presentationally that had the claim succeeded the tour operator would have been left out of pocket through no fault of its own, and where the Claimants had chosen not to take the holiday even thought they could have done so, and the evidence that the FCDO was not advising against travel to the destination in question was crucial in this respect, as was the extensive evidence of the comparability of the two hotels.

Sarah Prager is a Barrister with 1 Chancery
She can be contacted at sprager@1chancerylane.com