The Lion, The Guide, and The Local Safety Standards Defence

Recently the UK press reported the settlement of liability issues in a claim which had been listed to commence for trial (over 4 days) on Monday 25th January 2021: Fourgeaud v Africa Travel Resource Limited. Liability was resolved by agreement (on 90:10 terms in the Claimants’ favour) on the Saturday afternoon immediately preceding the Monday start date for the liability (only) trial. A (remote) hearing to resolve the contested ancillary issues (an interim payment on costs and further directions) took place before the scheduled Trial Judge: Martin Spencer J. 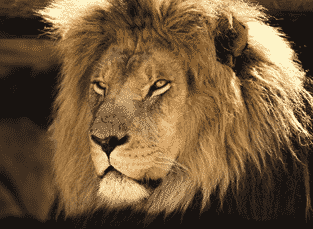 The Claimants are a married couple. Their claim arose out of an incident which occurred on 1st August 2015 (sometime between 0200 – 0300 hours) while the Claimants were enjoying a safari holiday in Tanzania. It was common ground that the holiday was a regulated ‘package’ within the meaning of regulation 2(1) of the Package Travel etc. Regulations 1992 (SI 1992/3288) (and that the Claimants were ‘consumers’ and the Defendant, an English-registered limited company, ‘the organiser’ and ‘other party to the contract’). The Defendant supplied the relevant safari holiday services by means of a local supplier/ground agent.

The Claimants suffered injury when they were attacked by a lion at the mobile camp where they were sleeping in the early hours of 1st August 2015. The Claimants were inside their tent (asleep) when the lion gained entry (by clawing its way in). The camp (colloquially, a ‘fly-camp’) was located within a dry river bed at the remote Ruaha National Park, Tanzania. The camp was an exclusive one: at the material time, the only occupants of the camp were the Claimants (sleeping in one tent) and their safari guide (from the Defendant’s local supplier) and his partner (together, occupying another tent). Before the campers retired to their tents for the night, they enjoyed a convivial dinner. The waiting and catering staff then departed the camp (leaving just four persons, including the Claimants, to spend the night under canvas).

It was common ground that, during the course of the evening/night preceding the attack, lions had been heard in the vicinity of the camp (and it was also common ground that a small pride of lions had been seen earlier that day). The Defendant’s factual evidence was that lions could be heard up to around midnight, although by that time the noise of lions was ‘veering out of earshot.’ Equally, it was common ground that, at the time of the attack, the guide (who had a rifle in his tent) was asleep and was woken only by a scream (emanating from the Claimants’ tent at or about the time of the attack). The lion was eventually chased away by a warning gunshot (but not before it had mauled the First Claimant and, the Claimants allege, left them both in considerable fear for their lives).

By reason of the incident, the Claimants suffered significant physical and psychological injury. They brought proceedings against the Defendant on conventional package holiday contract lines, relying on causes of action in contract pursuant to the Defendant’s Booking Conditions (which were in standard form) and the Package Travel etc. Regulations 1992. They pleaded particulars of breach of duty which focused, among other things, on: the absence of an active/waking night watch at the time of attack; the absence of any risk assessment; the placement of the tents (at a distance of 40 metres from the guides’ tent according to the Claimants); and, the lack of any equipment which might have enabled the Claimants to attract attention and/or to deter the lion.

The Defendant’s Defence put the Claimants to proof that the matters on which they relied constituted a breach of the local, Tanzanian, safety standard, on volenti non fit injuria (the Claimants were experienced in safari conditions in Africa and were, so the Defence suggested, volens the risk) and the proposition that the attack (being extremely rare in the context of a tourist experience) was not reasonably foreseeable (for good measure, the Defence also pleaded reliance on regulation 15(2)(c) (both sub-paragraphs (i) and (ii)) of the 1992 Regulations). The Claimants’ evidence was that they were unaware that the leader/guide would be asleep during the night (leaving no one else on active watch), notwithstanding the proximate presence of lions: in the circumstances, they characterised the volenti argument as hopeless (relying as it did on consent to risks of which the Claimants were unaware). Similarly, the Claimants relied on Jolley v London Borough of Sutton [2000] 1 WLR 1082 (HL) with respect to foreseeability: in any event, the expert evidence was that lion predation on humans in Tanzania was not all that unusual.

Perhaps unsurprisingly, by the time that the case was settled, the Defendant’s arguments had been refined to concentrate on local safety standards and on causation. As to local safety standards, the Defendant conceded that there were Tanzanian regulations (secondary legislation dating from 2009) which covered the qualifications, registration and conduct of tour guides and the nature of tourist accommodation (including the provision of tented and mobile accommodation). However, the Defendant’s position was that the 2009 regulations did not deal (with any useful specificity) with the breaches of duty on which the Claimants relied. Moreover, so the Defendant argued, the Claimants’ expert evidence might have covered customary local standards in southern Africa (generally), but did not deal satisfactorily with the customary standard in Tanzania. As to causation, the Defendant relied on factual evidence that the presence of an active/awake guide would not have made a difference (in time): a proposition with which both parties’ expert witnesses and the Claimants disagreed.

Both parties relied on expert witnesses in the permitted field of Tanzanian safari safety standards: the Claimants on a highly qualified professional Field Guide from South Africa and the Defendant on a US-based Professor of Ecology and Animal Behaviour. In a Joint Statement, the experts agreed, among other things, that there ought to have been a waking/active night watch in camp and that the presence of such watch/guide would likely have deterred the lion (in time). The Defendant’s response was that this did not assist the Claimants to prove the (requisite) breach of local/Tanzanian standards.

As to the relationship between formal/regulatory and customary local (Tanzanian) standards, the Claimants would (had the matter proceeded to Trial and if necessary) have relied on a variant of a theme which can be detected in dicta in Balram Singh v Libra Holidays Ltd [2003] EWHC 276 (QB) and Healy v Cosmosair Plc [2005] EWHC 1657 (QB): generally expressed local regulations might be expressive of and evidence for customary local standards of reasonable conduct (in other words, formal and informal local standards often interact and can be regarded as inter-dependent. In the same way that local customs cannot water down strict, specific formal standards, the same formal standards will not water down a customary standard which is not inconsistent with the formal standard). The Claimants also intended to rely (if the need arose) on the very recent appeal decision in Morgan v TUI [2020] EWHC 2944 (Ch):

“Although ‘local standards’ will doubtless be ‘a very important signpost’ where they are readily ascertainable by reference to – say – a local law or regulation, in cases where there is no readily ascertainable standard it will be for the Claimant, as in Lougheed, to establish the content of the duty by leading other evidence.” (Judgment, #17 per Marcus Smith J).

In common with another commentator in this field (Bernard Doherty, Accidents Abroad (2nd ed, 2017), para 16-034) I have long regarded the insistence on local standards in a case like this (the Claimant required to discharge the burden of proof by leading expert evidence) as ‘fatuous’: do we really require an expert to tell us that tourists sleeping in a flimsy mesh tent placed in a dry riverbed with proximate lions should be watched over by someone at night? The local standards defence (and the fatuous insistence that the Claimant prove a breach of the local standard in every case no matter how obvious) is, perhaps, now teetering on the brink of collapse (and not before time). It is a pity that the settlement of Fourgeaud has deprived the Courts of the opportunity to give it a further/final push in the right direction.

Matthew Chapman QC is a Barrister with 1 Chancery Lane
He can be contacted at MChapman@1chancerylane.com