Home Resources TLQ Online The mystery of international hotels: What happens if you are injured whilst staying with a luxury hotel abroad?

The mystery of international hotels: What happens if you are injured whilst staying with a luxury hotel abroad?

Luxury hotels are among the best-known brands in the world. But do you really know who you are booking with?

Can you always rely on that luxury hotel brand when things go wrong and is five-star luxury all that it seems from the online marketing and glossy brochures?

Luxury international hotel chains are marketed in such a way that consumers are left with the understandable perception that any complaint, including for death or serious injury, can be brought against them in the country in which their head office is based. This is often England, the USA or Canada.

In many cases, however, a local company may turn out to be responsible for all operations at the hotel. The international brand’s head office may play little or no role in the oversight and supervision of the hotel’s operations. This means that any claim for damages may need to be directed to the local company, and possibly to the courts of the country where that local company is based. This is a challenge for our seriously injured clients, with the biggest hotel chains having a wide geographic spread in countries across the globe.

In the past few years, our team have handled a number of cases against international, luxury hotel brands where a client has sustained serious injury during their stay at a property that they understood to be part of the brand’s international portfolio.

One of our clients sustained serious injury due to a maintenance defect on a set of stairs at a luxury resort in Mauritius. Another suffered a head injury and permanent psychiatric harm due to negligence in a parasailing activity he did at a luxury hotel’s watersports centre in Vietnam. Our clients were surprised to learn that the legal entity ultimately responsible for the ownership or operation of the hotel was a local company, incorporated in the country where the hotels were situated.

The mystery of how international hotel brands operate was recently highlighted in the Supreme Court decision in Brownlie v Four Seasons.

When the family was travelling in the excursion vehicle it was involved in a serious accident that killed Lady Brownlie’s husband and daughter.

Lady Brownlie brought a claim against Four Seasons Holdings, a company based in Canada (and effectively the head office and parent company for the global hotel brand). Lady Brownlie thought that she had a contract with the Four Seasons Hotel group, for which the holding company in Canada would ultimately be liable.

At no point was she informed the excursion was being provided by a third-party Egyptian limousine company.

It only became apparent during the course of enquiries made by Lady Brownlie’s lawyers that the Cairo hotel was not owned and operated from the head office of the renowned five-star hotel chain. It was, in fact, owned by a local Egyptian company, Nova Park Cairo SAE.

As the case unravelled, it was revealed that Nova Park had no corporate relationship with any Four Seasons company. It had simply entered into an agreement permitting the operation of a hotel from a property owned by Nova Park in Cairo. Four Seasons allowed the use of its prestigious trademark by Nova Park at the Cairo hotel through a licensing arrangement.

The vast majority of guests whose visits pass without incident will never have to concern themselves with the legal niceties of who actually owns and is responsible for operating the hotel. For those guests who are forced to delve into this detail following their stay, matters are almost always complicated by the way in which international hotel chains like Four Seasons fail to clarify the position even after something has gone seriously wrong. The Supreme Court recognised this, commenting that Lady Brownlie’s case “was difficult because of the diffused character of the Four Seasons hotel chain, and the complex and undisclosed contractual arrangements governing the relationship between individual hotels and the Four Seasons group”.

It was only when the case got to the UK Supreme Court that Four Seasons finally clarified that the operator of its branded hotel in Cairo was not Four Seasons Holdings in Canada but rather an Egyptian subsidiary (FS Cairo (Nile Plaza) LLC). The Egyptian company that she should have pursued was not a party to the ongoing proceedings and so, regrettably, Lady Brownlie had no reasonable prospect of success in pursuing her claim against Four Seasons Holdings.

Four Seasons is not alone in its business model. This will come as no surprise to those in the hotel and tourism industry, where licensing arrangements, contractual assignments and complex corporate structures are part and parcel of everyday operations. These arrangements will, however, bewilder consumers who make hotel bookings in good faith, induced by the promise that comes with the luxury hotel brand and comforted that if anything goes wrong they know exactly where to turn for redress.

With luxury hotel brands comes the expectation of a certain high standard in all that the hotel encompasses. When hotel guests are seriously injured during their stay, however, the surprises do not end at trying to identify the correct legal entity against who to bring the claim. A five-star plus rating does not mean that the hotel has to have adhered to five-star plus standards if its negligence causes a guest serious injury or death. The hotel only has to have complied with local standards, regulations, customs or practice in the country where the hotel is situated.

The need for guests to show failings in local standards in order to succeed with a claim applies to all aspects of the hotel’s services, from the training provided to guests undertaking watersports activities at a large beachside resort, to the construction of a staircase at a boutique rainforest hideaway. Arguments that play on the reputation of the big hotel brands, by suggesting guests are entitled to expect a standard above and beyond the local minimum, get surprisingly little traction. The big hotel companies and their insurers fight cases to the highest courts regardless of the impact this may have on its goodwill along the way.

In addition to determining responsibility for an accident, the local law of the place in which the hotel is situated, and the accident occurs may also be relevant to assessing damages. For example, whilst Vietnam has some provision for personal injury damages, it is not possible to recover future loss of earnings. This is a particularly unsatisfactory situation if a guest is left permanently disabled and unable to return to work by the actions of a hotel that is in the portfolio of an international, luxury brand. The claim ultimately may have to be brought against the local company that operates the hotel through a licensing agreement with that luxury brand.

Beware, or book a package

Some 80% of hotel bookings are now done online. The formal legal identity of the company that owns, operates and is ultimately responsible for anything that goes wrong during your stay probably won’t even feature on the checklist of requirements before you click ‘reserve’. But the fact that the name of the hotel features a big-name brand may have influenced your choice, even if subconsciously.

The most obvious way to avoid the complications of an international hotel chain’s corporate structure is to book a package holiday. From 1 July 2018, thousands more holidays benefit from additional protections that enable consumers to bring a claim against the UK-based operator who has put together and sold the package. The definition of a package holiday has also been significantly widened and now includes dynamic packages and online bookings. In the case of a serious accident it is, however, still a requirement to show the tour operator’s supplier (ie the local hotel) has breached local standards in order for a claim to succeed.

If things do go wrong and it becomes clear you need to pursue the hotel then it is important to ask the right questions from the outset. The hotel’s head office should be pushed to clarify the ownership structure, with documents in support. If the hotel does not cooperate then it may be necessary to apply to court using the pre-action disclosure process. Anyone who is seriously injured at a hotel should proceed with caution when bringing their claim. Careful, detailed enquiries early on will often be the key to success of the claim many years down the line.

Christopher Deacon is a Senior Associate with Stewarts.

He can be contacted at cdeacon@stewartslaw.com 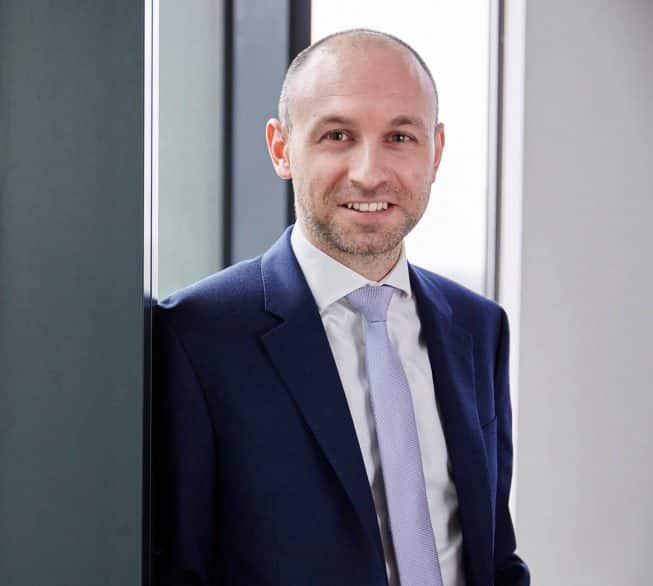 Chris is a specialist international injury lawyer who throughout his career has acted almost exclusively for the victims of accidents abroad.