X v Kuoni – How will this affect the travel industry?

In one of the industry’s most eagerly anticipated judgments, handed down on 30th July 2021 by Lord Lloyd Jones, the Supreme Court unanimously allowed Mrs X’s appeal from the decision of the Court of Appeal, finding that:

The background of this case has been well documented and so I will not reiterate all of the facts here. That being said, a short summary is always helpful, and perhaps necessary to refresh our memories of the lengthy history of this case.

This matter involved the package holiday of Mrs X, who travelled to Sri Lanka along with her husband back in July 2010. Whilst staying at their hotel accommodation, Mrs X was assaulted and subsequently raped by a male employee (N), an electrician who was, as Mrs X knew, part of the maintenance team, and who was acting under the pretence of ‘guiding’ her to the hotel reception.

Mrs X reported the incident to hotel management and, upon her return to the UK, issued a claim against Kuoni alleging breach under both the terms and conditions of her holiday contract and the Package Travel Regulations 1992.

Kuoni, in its defence, admitted that it was ‘responsible to the claimant for the proper performance of the obligations under the holiday contract whether or not such obligations were to be performed by the defendant or another supplier of services’ and that the ‘said obligations would be performed with reasonable skill and care’. However, they denied that the rape and assault by N constituted a breach of any obligations owed by Kuoni to Mrs X under the contract or the 1992 Regulations. In particular, Kuoni relied, by way of defence, on clause 5.10(b) of the Booking Conditions and regulation 15(2)(c)(ii) of the 1992 Regulations.

The case was appealed all the way to the Supreme Court of England & Wales where two main issues were to be decided:

Issue 1: Did the rape and assault of Mrs X constitute improper performance of the obligations of Kuoni under the package travel contract? What were those obligations?

Issue 2: If so, is any liability of Kuoni in respect of N’s conduct excluded by Regulation 15(2)(c) of the 1992 Regulations? This says that a tour operator is not liable for events which neither they nor their suppliers could foresee or forestall even with all due care. (Kuoni had included this in Clause 5.10(b) of their Booking Conditions).

Unsure how to decide the case, the Supreme Court referred the matter to the European Court of Justice (CJEU) – seeking guidance on whether N was a ‘supplier’, and if not, did that mean that Kuoni were not liable because the PTR’s exempt package organisers from liability for events which they or their suppliers could not foresee or forestall.

(The Supreme Court asked the CJEU to assume that guiding by N was part of the services which Kuoni had agreed to provide, (and that on that basis, raping/assaulting a customer was clearly improper performance of that service)).

The CJEU reported their findings back to the Supreme Court, stating that N himself was not a ‘supplier’, but the supplier was the hotel company, and that company provided its services (as part of the Kuoni package) via its employees. N was therefore within the ‘sphere of control’ of his employers, the hotel company. The company was the supplier, and that includes matters and people within their sphere of control.

In their recent Judgment, the Supreme Court found that:

In addition, the Supreme Court found that the issue of vicarious liability was not relevant.

‘The First Issue’ – Did the rape and assault of Mrs X constitute improper performance of the obligations of Kuoni?

The Supreme Court’s view that the electrician was ‘carrying out a service’ within the holiday contract when guiding Mrs X to the reception during the middle of the night, despite that not being the role he was primarily employed for, is contentious. The effect of this decision seems to ‘blur the lines’ between where a tour operator’s contractual obligations start and end.

What seems even more contentious here, is that the electrician had clearly ‘gone off on a frolic’ of his own at the point he decided to lure Mrs X into the engineering room, by which point he no longer had any intention of guiding her to reception. Surely at that point he was no longer ‘carrying out a service’?

This argument was made by Kuoni and is set out at para 21(4) of the Judgment:

‘If the contract did include a guiding term, Kuoni denies that N was performing it. N’s actions were the performance of a criminal enterprise.’

The court’s answer to this riddle is contained within as little as 10 lines at paragraph 34 of the Judgment, with Lord Lloyd-Jones saying ‘the correct focus was on the causal and temporal link between the assault and the contractual service’. Essentially, the Supreme Court seem to say that the only reason the electrician was able to assault Mrs X, was because he had the opportunity to do so as a result of ‘purporting to act as her guide’.

This then raises the question, is there anything that an employee can do, (a deliberate act affecting a customer), that would fall outside the remit of providing a service? Or will everything they do fall underneath that umbrella on the basis that they only got the opportunity to do what they did by being an employee in the first place?! It would appear, from the decision in Kuoni, that it will depend upon whether the employee was ‘providing a service’ at the time the incident in question occurred.

Analogies were used in submissions at the Court of Appeal such as ‘what if a member of staff turned out to be a terrorist and lured all guests out of the hotel and shot them’. Based on the decision in Kuoni, the tour operator would be liable if that member of staff was found to be ‘carrying out a service’ at the time.

A lot of the court’s focus has been on:

Of course, hindsight is a wonderful thing, but one can’t help but wonder if it would have made a difference had more focus and attention been placed on the argument that the electrician had ceased ‘providing a service’ at the point he lured Mrs X into the engineering room with no intention of guiding her to the reception.

As was widely expected in the industry, the Supreme Court found that Kuoni could not invoke the exemption from liability as set out in regulations 15(2)(c)(ii) of the 1992 Regs as a defence to a claim for improper performance of obligations under the contract.

Contrary to submissions made by ABTA, (that the defence under 15(2)(c)(ii) applies generally and is not limited to situations where there is no fault), the Supreme Court found that the exemption must be interpreted strictly, taking into account its wording, its context and the object of the Directive – to ensure a high level of consumer protection.

This then raises the question, in what circumstances can a Tour Operator rely upon Regulation 15(2)(c)(ii)? It would appear that Regulation 15(2)(c)(ii), (or Regulation 16(4) of the 2018 Regs) will now only be applicable in instances where any lack of conformity that arises is not attributable to the supplier or any of the supplier’s employees. For example, a lack of conformity due to severe weather, government strike or pandemic; due to a true third party, such as a lorry driver crashing into the hotel or some such. Terrorist activity may be another example, provided that same is not carried out by an employee of a supplier.

How will this decision affect the travel industry?

When the lower courts accepted Kuoni’s argument that they are not liable for the actions of individual employees of their suppliers, eyebrows were raised across the industry that this would ‘drive a coach and horses’ through the Regulations. The pursuit of that argument all the way to the Supreme Court has now effectively brought us full circle, i.e. to a position where tour operators are effectively liable for almost any act taken by an employee of one of their suppliers.

Following the judgment, many tour operators will be considering their own booking Terms and Conditions and examining what ‘services’ they have contracted to provide to their customers. Tour operators should look at setting out specifically, within advertising material or even within a separate document provided to customers at the time of booking, exactly what services are included within the package and for which the tour operator is responsible, and what are not. It may be that certain services can be excluded under the terms and conditions, but bear in mind this will have to be done commensurately with the Consumer Rights Act, which may not be easy.

Further, one must consider how broad is a ‘broad view’ and to what extent will tour operators be liable for the actions of staff, including hotel and airport staff, even if those staff members are acting outside of their normal day-to-day duties? What can tour operators do to try and stop these type of incidents happening in the first place? Perhaps carrying out further or more intense auditing of hotels: do they have CCTV in place? Adequate security measures? Do they carry out criminal background checks on all individuals before offering them employment? Whilst, even if having carried out all of these extra checks an employee could still go off on an unforeseeable frolic, such checks may well reduce the risk of such events happening in the first place.

Tour operators should also be reviewing their supplier contracts to ensure that the supplier’s duty to indemnify includes cases where the hotel or other supplier is not itself at fault, but an employee is. It will not be enough to say that a ‘hotel complies with all local laws and regulations’ as we now know that a tour operator’s responsibility under the Regulations goes further than that, and that should be reflected in any indemnity clause in light of the increased scope of their duty. 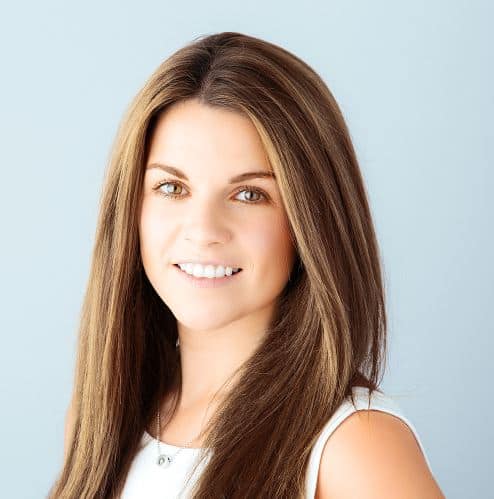