Home Resources Travellers' Rights How (Not) to Make a Complaint

How (Not) to Make a Complaint

I once wrote a letter to the Secretary of Homeland Security in America accusing his staff of being ‘cretinous morons’ and guilty of ‘crass stupidity’ and ‘gross negligence’. What prompted this diabribe was that on leaving the States after a holiday my luggage had been subject to a security check which involved staff from the Transportation Security Administration (TSA) cutting the strap around my suitcase – an entirely unnecessary act given that the strap was both elasticated and adjustable, meaning that it could easily have been loosened without the necessity of cutting it in two and rendering it worthless. 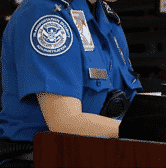 Of course the use of such Victorian language guaranteed that any response I received would be negative. But I knew this in advance. I really had no expectation that I would receive any compensation or even an apology so all I was doing was venting, letting the Secretary know that here was just one more dissatisfied tourist disgusted at the treatment meted out by his staff, a fact that he was probably well aware of at the time given the almost universal criticism of his organisation.

And I was right. The TSA, who in fact did do me the courtesy of replying, rejected my claim outright but suggested that if I was not happy I could sue them – in America of course. Even for an obsessive like me that was not a practical course of action.

The moral of this story is that if you are going to complain this is not the way to go about it. It may give you short term gratification but it is not likely to produce a positive response. Quite the opposite. It is much more likely to antagonise the recipient of the letter and make them lose any sympathy they may have had for you. Customer relations staff often have a degree of discretion as to what they can offer you so it is unwise to antagonise them or insult their company to which they may feel a strong measure of loyalty.

One good way of starting your complaint is with a little bit of praise. For example the holiday you bought might have been disappointing but the staff were friendly; or your flight was delayed by 24 hours but you were upgraded on the return journey; or your hotel room had not been cleaned but the view was spectacular – so why not say so before going on to make your complaint in as objective a manner as possible. A little politeness can’t do any harm and it may do you a lot of good in the long run. 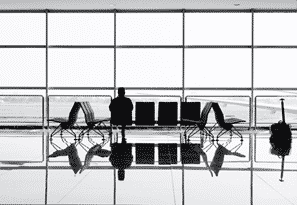 You could always start drafting your letter of complaint while waiting in the departure lounge at the airport or waiting in re ception while your room is cleaned. That way the details are fresh in your mind and you can always revise it when you get home and have had time to cool down.

However, a word to the wise. It is not recommended to write your letter of complaint about your forthcoming holiday on the aircraft on the way out. The reason being that you might be sitting next to a tour company employee who could later testify on the tour operator’s behalf as to the fraudulent nature of the complaint!

This is similar to a story told by Linda Alliston, MD of the Travel Advice Centre, a company which specialises in handling complaints for the travel industry. Her company handles complaints from many different travel companies and just by chance she came across an identical complaint against two separate cruise companies. Each complaint was based on the poor standard of his cabin and he threatened to disembark halfway through his cruise unless moved. On his return he complained vehemently, demanding an unreasonable sum of money. Each letter had the same name, same address, same unfounded complaint and there were the same onboard threats and melodrama and the same outrageous demands on his return. He was not to know that the two cruise lines employed the same complaint handlers! 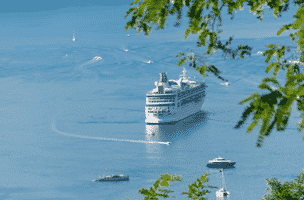